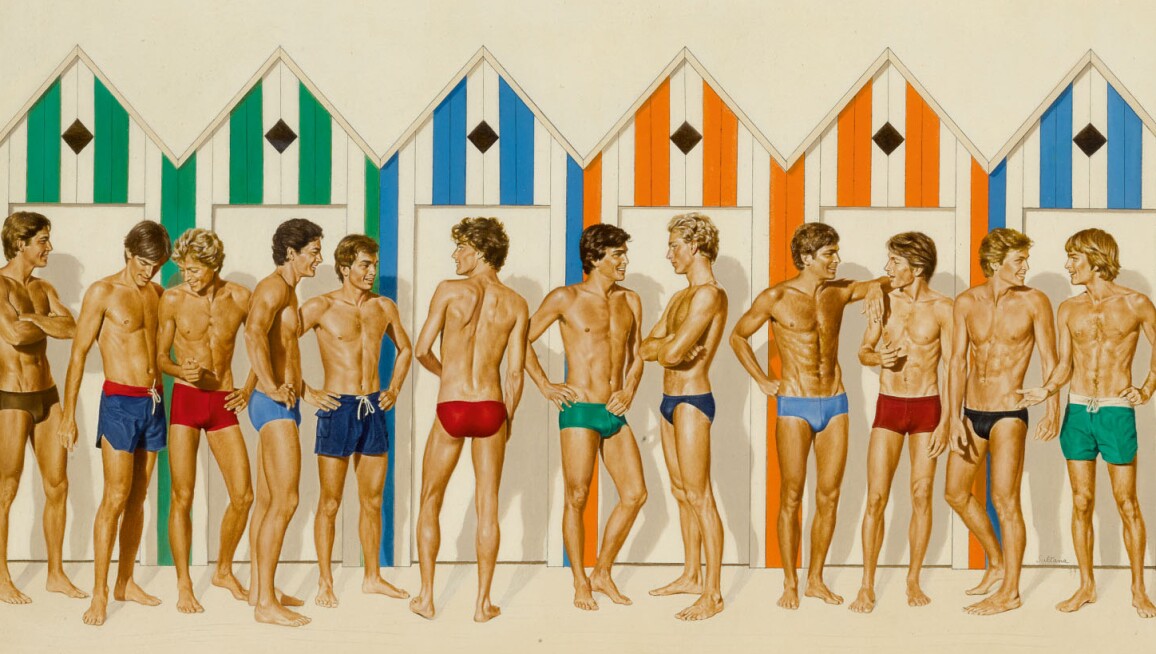 As legend has it, it all began at Duffy's Hotel in Cherry Grove with Christopher Isherwood and W. H. Auden dressed as Dionysus and Ganymede and carried aloft on a gilded litter. While Isherwood and Auden’s fabled night on Fire Island may be the stuff of legend, since the late 1930s the LQBTQ community has been visiting Fire Island and its environs to make the most of summer’s long days and nights. The 1960s and 1970s brought increased numbers of urban-escapees and solidified Cherry Grove as a vibrant LGBTQ resort-community, although this was not entirely without tension. In 1976 a restaurant in the neighboring Fire Island Pines refused entrance to a visitor in drag, prompting an act of community solidary that became known as the “Invasion of the Pines,” wherein a group of drag queens boarded a ferry in Cherry Grove, disembarked in the neighboring village, and stormed into the restaurant en masse on 4 July – a renewed declaration of independence for the queer community.

Sotheby’s BENT. auction pays homage to this summer aesthetic with works from Andy Warhol, Peter Hujar, PaJaMa (Paul Cadmus, Jared and Margaret French), Lissa Rivera, Jacques Sultana, Leonor Fini and many other artists. Timed to coincide with the 50th anniversary of the Stonewall Uprising, a portion of Sotheby’s buyer’s premium from the auction will be donated to The Center, providing programs for health, wellness and connection for New York’s LGBTQ community. Click ahead to view a selection of works from the sale that conjure memories of summers spent at Fire Island. –Ella Hall