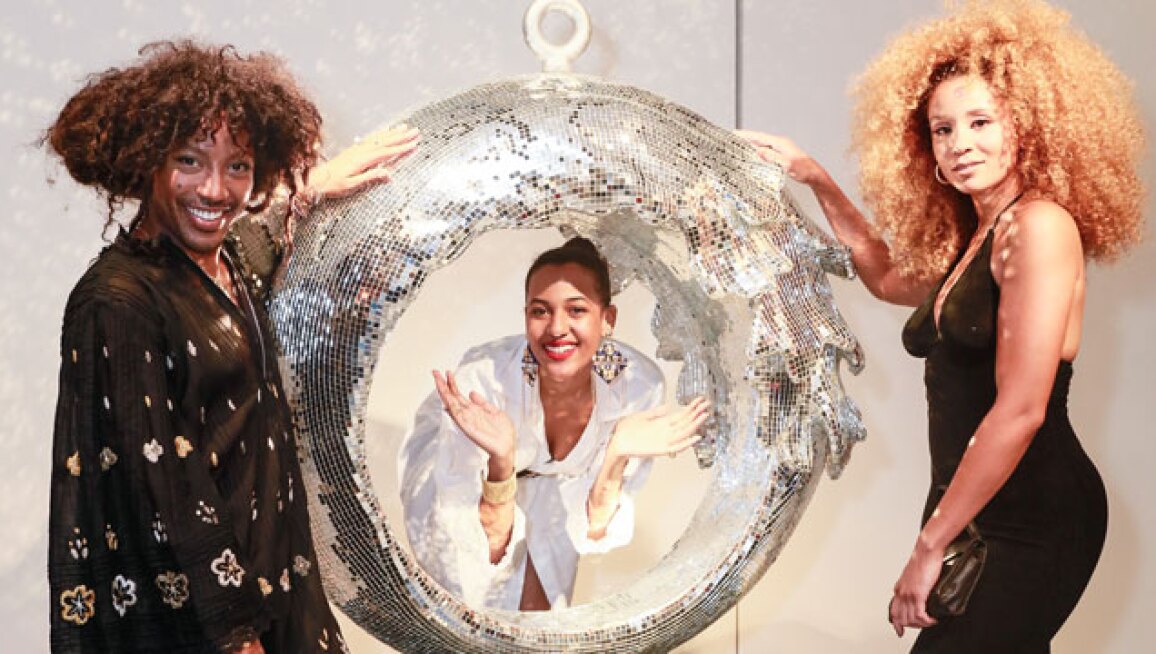 While conserving one of the world’s most valuable natural resources may feel like swimming against the tide, La Mer welcomes the challenge. To benefit its Blue Heart Oceans Fund, which focuses on protecting marine habitats, the luxury beauty brand teamed up with Project 0 for a public art venture called the La Mer Wave Walk. Fifty influential artists, models and creators designed wave-inspired sculptures that were installed around New York City during the months surrounding World Oceans Day, and on 21 June, a benefit party was held at Sotheby’s where ten of these artworks went under the hammer. Sipping martinis from a Belvedere vodka bar, guests viewed waves by Keith Richards, Sienna Miller, Dustin Yellin, Rita Ora and more, as well as a Julian Schnabel-designed surfboard. After La Mer President Sandra Main addressed the audience, Sotheby’s Kevin Doyle led a live auction of the waves on display. With nearly $200,000 raised that night alone, the charitable event proved to be far more than a drop in the ocean. Click ahead for images from the evening. –Stephanie Sporn