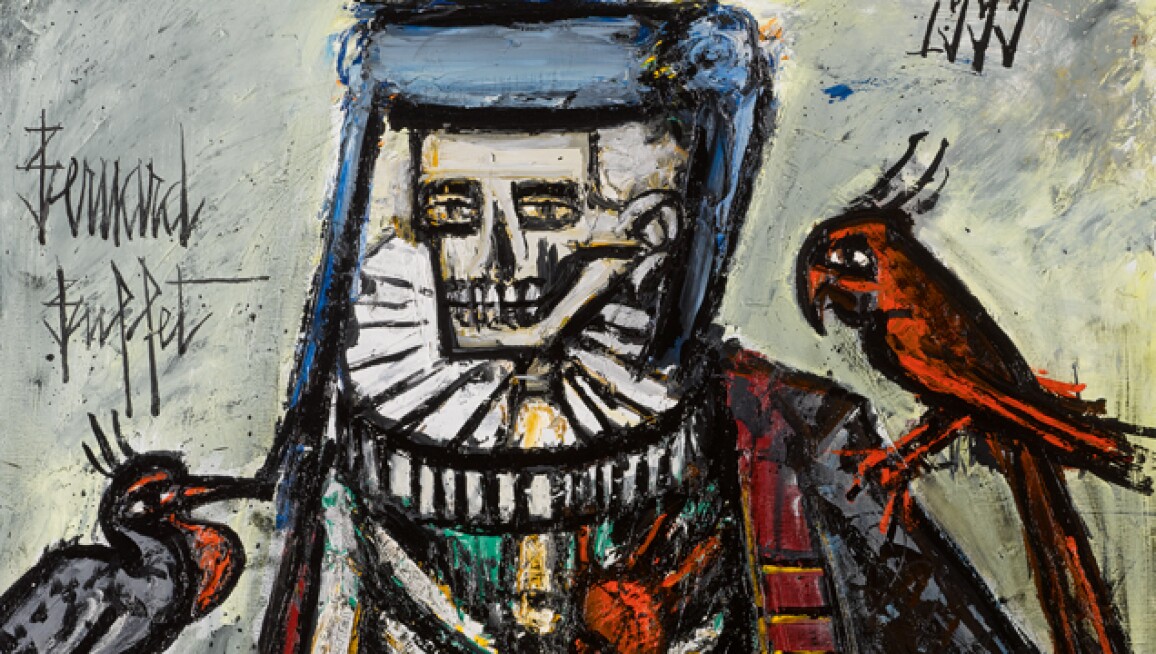 In 1955, as many as 100 critics chose Bernard Buffet (1928–1999) as the most impressive young painter in the world. His art made him a millionaire by age 28, and even Picasso regarded him as a competitor. But as French critics began taking his portraits of clowns and animals less seriously, Buffet's star status faded. More than half a century later, he is ripe for reappraisal. On 14 September, Sotheby’s Hong Kong debuts Bernard Buffet: Infinite Jester, a selling exhibition of fourteen oils and works on paper dating from the 1950s to the late 1990s. He is also the subject of exhibitions this autumn at the Musée d'art Moderne and the Musée de Montmartre in Paris, and his remarkable life and whirlwind career are chronicled in a new biography, Bernard Buffet: The Invention of the Modern Mega-Artist (Preface), by Sotheby's magazine contributor Nicholas Foulkes. To view highlights from Sotheby's exhibition, click ahead.  –Stephanie Sporn