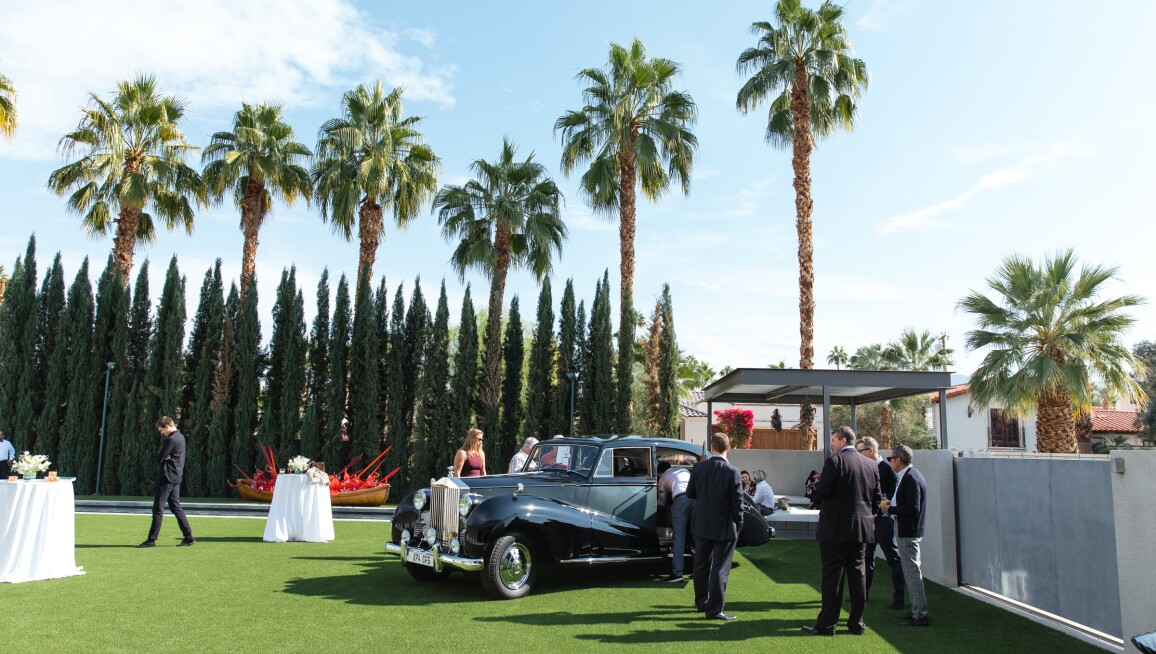 This season, Sotheby's has offered a rare window into the personal lives of famed couple Barbara and Frank Sinatra through a series of auctions this December in New York. On 18 and 19 November, a selection of highlights from their collection returned to the West Coast, where many once resided, for an exciting event series. On 18 November, Sotheby’s Quig Bruning and Frank Everett hosted a brunch and private viewing in partnership with First Republic Bank. Guests could view and try on pieces from Lady Blue Eyes: Property of Barbara and Frank Sinatra and Magnificent Jewels at the airy and glamorous Imago Galleries in Palm Desert.

The following day, Sotheby's Mari-Claudia Jimenez and Talia Friedman welcomed guests to Sotheby’s Century City galleries where Los Angeles residents could enjoy these traveling highlights. Hosted with Variety, the evening also featured a screening of clips from the 2018 film Sinatra in Palm Springs, directed by Leo Zahn. Zahn was joined by Nelda Linsk and Quig Bruning for a panel discussion moderated by Variety editor Chris Willman. As a real estate agent, socialite and patron of art and philanthropic causes, Linsk was not only close friends with the Sinatras but a Palm Springs celebrity in her own right. Having appeared in Zahn’s film, the two brought the documentary to life as they discussed Barbara and Frank’s collection, philanthropy and life together. Click ahead for images from both events. –Stephanie Sporn