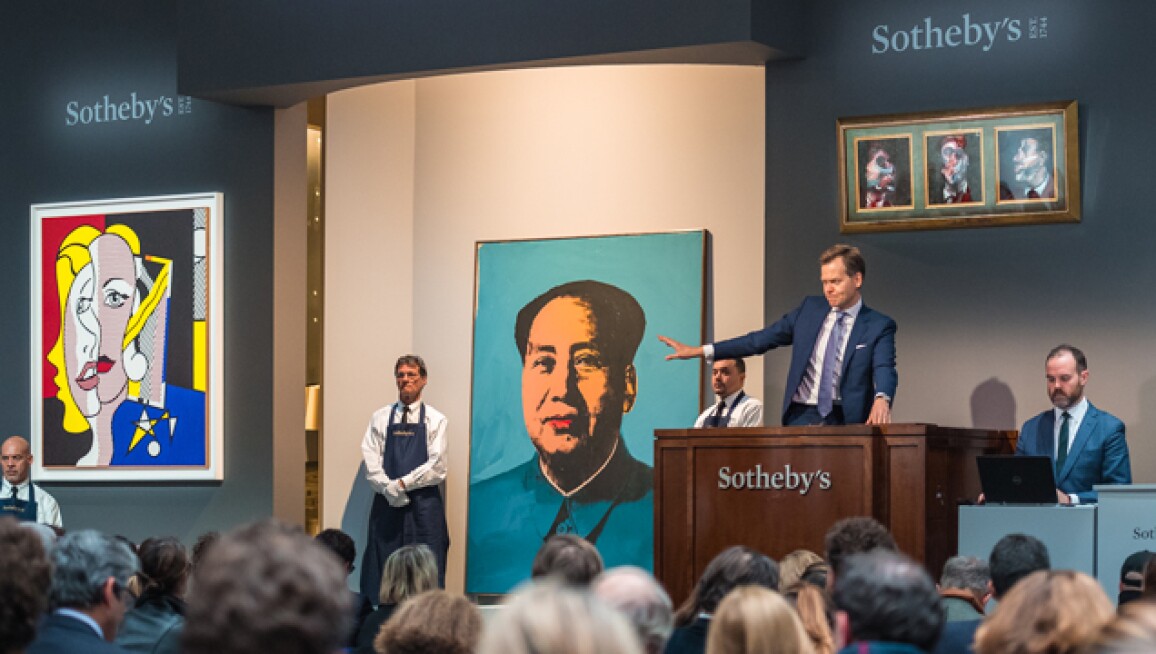 Wondering how much your artwork might yield at a Sotheby’s auction? Request an estimate

A trio of strong portraits led the $310.2 million Contemporary Art sale in New York on 16 November, with a rare triptych by Francis Bacon claiming the top spot. In its first appearance at auction, Bacon’s Three Studies Of George Dyer, 1966, achieved $38.6 million. Andy Warhol’s monumental Mao of 1972 followed with an assertive $32.4 million, and Roy Lichtenstein’s Surrealist-inspired Female Head, 1977, captivated bidders, fetching $24.5 million. In a first, a Formula One Ferrari, driven by racing legend Michael Schumacher, was offered in a contemporary auction, speeding to $7.5 million. Also making a splash: an untitled 1992 work by Laura Owens, who has a mid-career survey on view at the Whitney Museum, inspired rapid bidding to its final total of $1.75 million – wildly exceeding its $300,000 high estimate. Click ahead to see the night’s top 10.