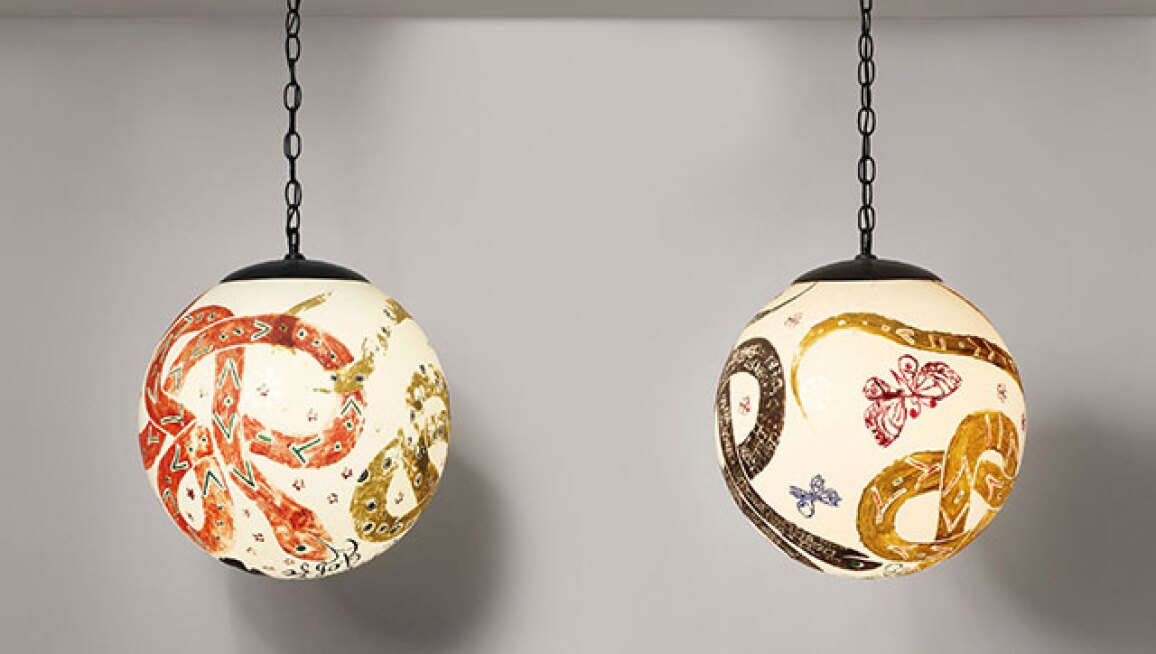 Husband and wife Arthur and Teddy Edelman met Andy Warhol while he was a talented, young graphic designer working for Teddy’s family leather tanning business. Warhol would remain a close friend of the Edelman family throughout his lifetime and contributed artwork used in their company's advertisements for decades. Titans in the field of interior design, the Edelmans developed their passion for art and design with a collection of important Tiffany Studios lamps, old master paintings and Andy Warhol artworks. Click ahead highlights from this unique collection.