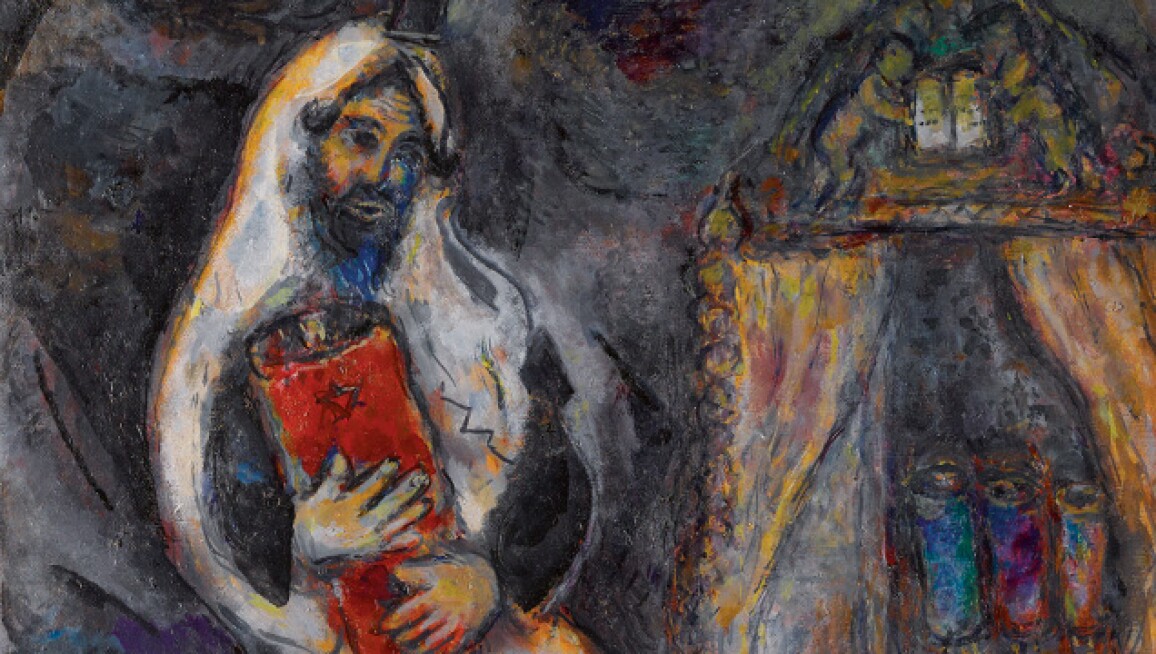 Leading the December sale of Israeli & International Art, Marc Chagall’s Juif à la Thora remained in his family’s collection for almost 30 years. This masterwork pays homage to Chagall’s Jewish heritage and celebrates the survival of the Jewish people against all odds. Painted in glowing oils, the composition is based on a 1947 drawing by the artist. Click ahead to view the painting up close and discover the meaning behind several striking details.