Anatomy of an Artwork: Le Corbusier's 'Femme a la Bougie I' 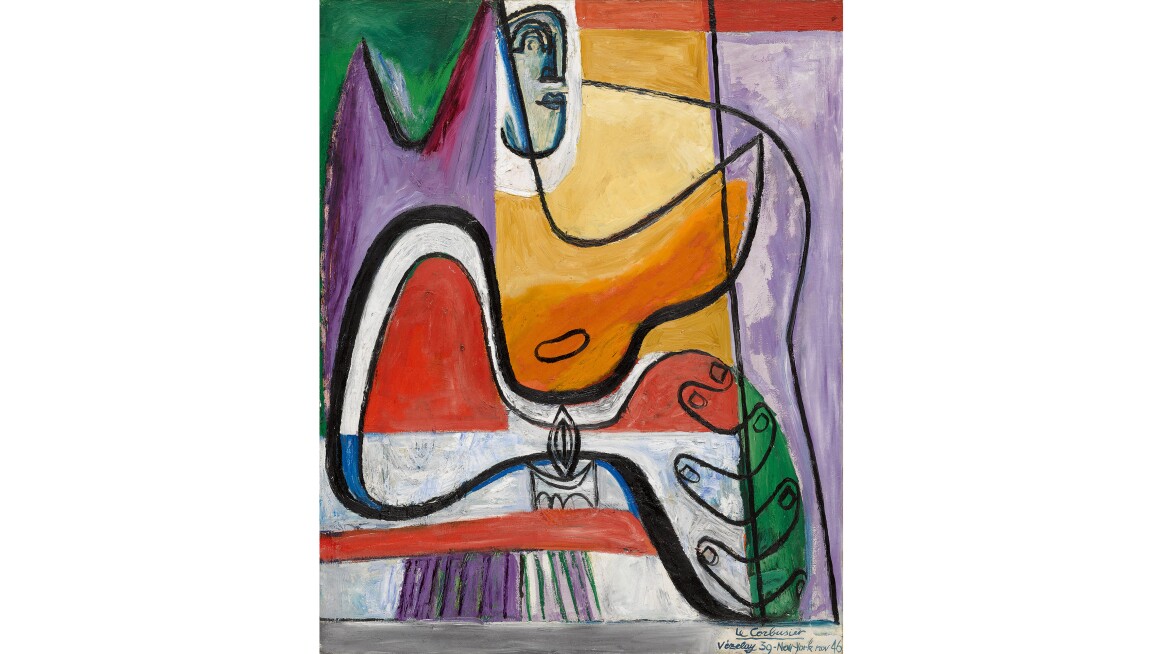 In 1946, Le Corbusier left war-torn France for New York City where he would spend much of the next two years. During this period, his paintings underwent a radical transformation. He developed a freer style and began to focus on the female figure--a subject that would dominate his imagery for the rest of his life. Femme a la Bougie I, a seminal painting from 1946, is a portrait of the artist's beloved wife, Yvonne, holding a candle. Here her abstracted figure glows brightly with the allure of a star and reveals the most reverent and intimate sides of Le Corbusier's temperament. The painting's bold contrasts of complementary colors depart from the pastel hues of his earlier Purist aesthetic in favor of a more arresting pictorial light. Femme a la Bougie I inaugurated the first of three major groups of portraits of Yvonne. This picture was recently restored and until now has remained exclusively with the family of Le Corbusier's close friend, artist Costantino Nivola to whom he gifted it in 1947.