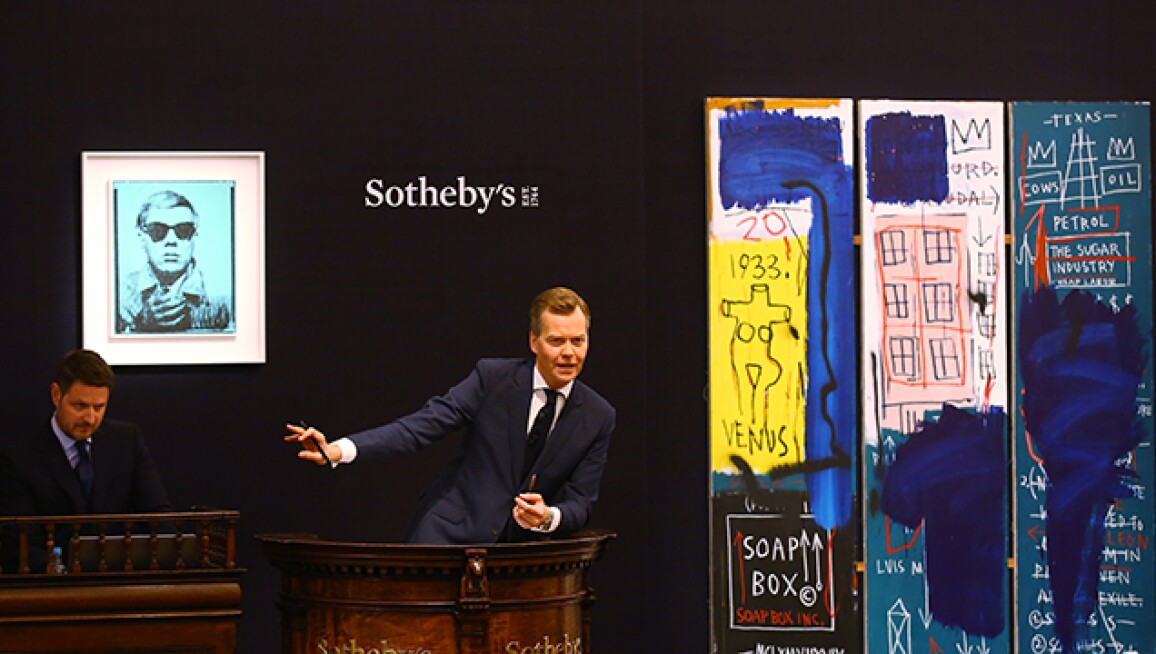 Launch Slideshow
The market for Basquiat and Warhol shows no signs of slowing after the two American artists dominated the Contemporary Art Evening Auction in London. Basquiat’s Untitled led the sale on £6,492,500 and was followed by an early self-portrait by Andy Warhol that fetched £6,008,750. The iconic pair featured again in the evening’s third biggest lot after Sweet Pungent – one of two collaborative works by the artists to feature in the sale – raised £4,433,750, while the second - New Flame - went for £2,408,750. The evening exceeded its pre-sale high estimate to total £62,325,750 – an increase of 20% on the equivalent sale last year and it was the fifth consecutive Contemporary Art Evening Sale at Sotheby’s worldwide with a sell-through rate of over 90%. Other highlights of the sale included works by Richter, Grotjahn, Lichtenstein and British artist Cecily Brown who achieved an auction record for the second time this year. Click ahead to see the Top 10 highlights.