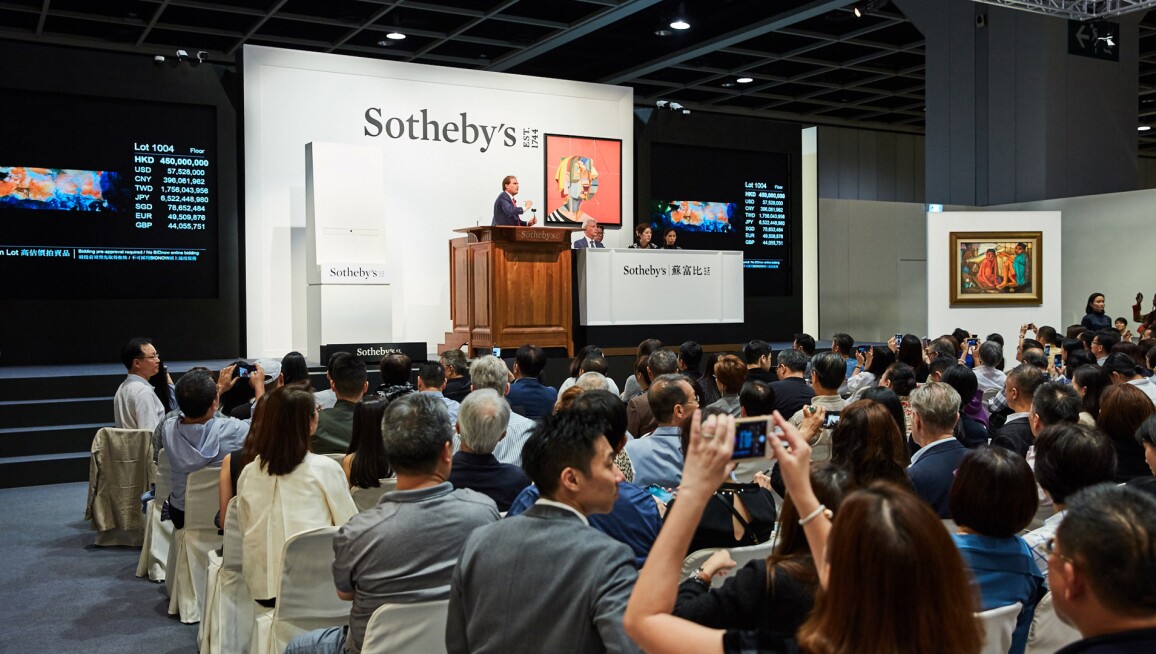 The Asian art market continues to thrive following terrific auction results in Hong Kong. Zao Wou-Ki’s monumental and sublime masterpiece Juin-Octobre 1985 realized $65 million, leading the Evening Sales of Modern Asian Art and Contemporary Art to a total of more than $200 million, the highest for an evening sale in Hong Kong. The sale of Modern and Contemporary Western Art was similarly impressive, reaching a total of more than $33 million and signaling a big leap forward for the appreciation of the category in Asia. But enthusiasm extended far beyond fine arts as two Qianlong Porcelain Masterpieces sold in the range of US$20 million each and a Rare and Important Fancy Vivid Blue Diamond and Diamond Ring brought more than $13 million. Click through to see the highlights.