Join artist Tracey Emin as she discusses the profound influence Norwegian painter Edvard Munch has had on her work. the latest talk in our Museum Spotlight series sees Emin speaking with British GQ Editor, Dylan Jones, curator of the Munch Museum, Kari Brandtzaeg, and Vice Chairman of Sotheby’s Fine Arts Division, Simon Shaw. As 'Tracey Emin / Edvard Munch: The Loneliness of the Soul' is exhibited at the RA, discover how the artist hand-picked a selection of Munch’s work from the Munch Museum to show alongside her most recent paintings, and discover why Munch’s most famous work 'The Scream' – which was sold at Sotheby’s in 2012 – has had such a profound effect on modern culture. In Partnership with Intelligence Squared.

Tracey Emin is one of the art world's most celebrated and interesting figures, with an intensely personal and visceral approach to her subject matter. Exploring themes such as her own autobiographical history, love, the female body and the human condition, Emin has secured her place as one of the most powerful storytellers in art history.

As her exhibition Tracey Emin / Edvard Munch: The Loneliness of the Soul goes on display at the Royal Academy of Arts, she discusses her creative practice and the enduring influence of Munch on her work. "I've been in love with this man since I was eighteen".

Kari Brandtzæg is a curator, author and art historian, and has been chief curator at the Munch Museum since 2015, where she has mounted several major exhibition on the artist's work. She previously held positions at KORO and the National Museum in Oslo, where she curated several high-profile exhibitions. As one of the world's leading experts on Munch and his legacy, Brandtzæg brings a unique insight in to the mind of one of the most compelling, and often misunderstood, figures in Expressionism.

A close friend of Tracey Emin, Dylan Jones OBE is a journalist and author who has served as editor of British GQ since 1999, and prior to that, began his career at i-D and Arena magazines. As well as interviewing the most iconic figures in the worlds of fashion, film, music and art, Jones himself is a tastemaker and cultural figure in his own right. In 2003 he was awarded an OBE for services to publishing and the British fashion industry. As comfortable at the forefront of new trends and ideas as he is looking back over the history of style, celebrity and beyond, Jones has the ability to broaden a conversation out to a wider audience and context, whilst getting to the heart of a subject and marrying together complex, fascinating themes.

Simon Shaw, Co-Head, Impressionist & Modern Art at Sotheby's, vividly recalls the moment he first saw Edvard Munch’sThe Scream in Oslo: “When we took the picture out of the crate it was the most moving, emotional experience that I’ve ever had with a work of art,” says Simon, who had the privilege of orchestrating the May 2012 sale of The Scream for an historic $119.9 million – the record price for a Modern work at auction. Simon has long been fascinated by Nordic art, and deepened his knowledge in that field in Scandinavia, where he worked extensively and also served as Director of Sotheby’s Stockholm. Prior to that, he worked in the Impressionist & Modern departments in Paris and in London, where he launched his career at Sotheby’s in 1996, after studying 18th-century French and British art at the Courtauld Institute. 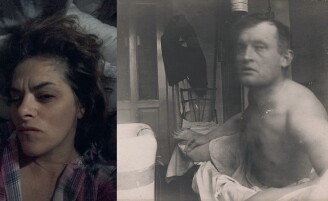