8 April 2021 • 6:00 PM EST • New York
Join The Atlantic’s Nicholas Thompson for a talk on the rise of NFTs in the world of digital art and their position in the future of Sotheby’s. Thompson will be joined by Li Jin, passion economy investor and founder of Atelier Ventures; Max Moore, co-head of the Contemporary Art Day auction at Sotheby’s; and Jon Ippolito, Professor of New Media at the University of Maine and former Guggenheim curator. Through the lens of the April 12th auction of an NFT collection by digital artist PAK, the panel will explore topics such as the changing dynamics of value, scarcity and ownership that has been made possible by NFTs.

Nicholas Thompson is the CEO of The Atlantic and the former editor-in-chief of WIRED. Under his leadership, WIRED won numerous awards for design and reporting and launched a highly successful paywall. Thompson also wrote many features for the publication, including two cover stories on Facebook that have been cited multiple times in Congress.

Thompson is a contributor for CBS News and regularly appears on CBS This Morning and CBS Sunday Morning. He is a cofounder of The Atavist, a National Magazine Award–winning digital publication and multimedia content management system that was sold to WordPress in 2018.In 2009, his book The Hawk and the Dove: Paul Nitze, George Kennan, and the History of the Cold War was published to critical acclaim.

Jon Ippolito is a new media artist, writer and curator whose work has been recognized with awards from the Thoma, Tiffany, Lannan and American Foundations. At the Guggenheim he curated the first art museum exhibition of virtual reality and the 2000 Nam June Paik retrospective with John G. Hanhardt. As Professor of New Media at the University of Maine, Ippolito has founded a peer-to-peer digital badges initiative and a graduate Digital Curation program. At the Still Water lab co-founded with Joline Blais, he helped build social software such as the Variable Media Questionnaire, The Pool, ThoughtMesh, and the Cross-Cultural Partnership. In almost 200 presentations, Ippolito has spoken out on copyright maximalism, academic insularity and technological obsolescence. He has published articles in periodicals ranging from the Art Journal to the Washington Post and chapters in over 20 books. Ippolito co-authored the book At the Edge of Art (Thames & Hudson, 2006) with Blais and Re-collection: Art, New Media, and Social Memory (MIT, 2014) with Richard Rinehart.

Li Jin is the founder of Atelier, a venture firm that invests in early-stage startups in the creator economy and future of work. She was previously a partner at Andreessen Horowitz and a product manager at Shopkick. She recently sold her debut NFT for $25,000 on Foundation.

Max Moore is the vice president and co-head of the Contemporary Art Day auction at Sotheby’s. His specific focus is on mid-career and emerging artists. He has developed and established numerous auction records for artists, and most recently is stewarding the Pak x Sotheby’s ‘The Fungible’ collection sale. 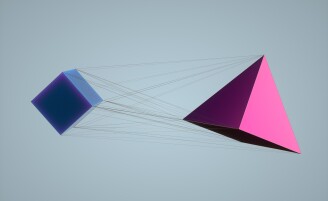