Watch contemporary artist Conrad Shawcross and Zoé Whitley, Director of the Chisenhale Gallery in London, as they explore the use of space and movement, the rational and the irrational, in a wide-ranging and thought-provoking conversation. The discussion was chaired by Sotheby's Senior specialist in Impressionist & Modern Art, Simon Stock.

Conrad Shawcross is British artist known for his mechanical installations and stacked sculptures. He has completed a number of major public commissions across the world, including Paradigm outside the Francis Crick Institute in London and the 18-metre tall Exploded Paradigm inside the atrium of Norman Foster’s Comcast Technology Center in Philadelphia. He has exhibited at institutions including Palais de Tokyo in Paris, Mori Art Museum in Tokyo, the Museum of Old and New Art in Tasmania, Wadsworth Atheneum in Connecticut, the National Gallery in London, and ARTMIA in Beijing.

"I’m trying to give my works an appearance of scientific rationality, but I tend to have quite an emotional or instinctive reaction to an idea."

Recently appointed Director of the Chisenhale Gallery in London, Zoé Whitley was previously Senior Curator at the Hayward Gallery, at the Southbank Centre in London. In 2019, she curated Cathy Wilkes’ British Council commission in the British Pavilion at the 58th Venice Biennale.

From 2014-2019 she was Curator of International Art at Tate Modern where she co-curated Tate Modern’s acclaimed 2017 exhibition Soul of a Nation: Art in the Age of Black Power. The critically acclaimed exhibition sought to highlight the work and contribution by Black artists to the history of American art and culture, particularly through the lens of political unrest, social injustice and an up-close-and-personal commentary of life in a divided nation, the legacy of which is still being felt today.

Simon Stock is Senior Specialist, Impressionist & Modern Art, Europe and Asia, based at Sotheby's in London. He joined the Impressionist & Modern Art department as part of the Evening Sales team in 2008 where he plays a key role in sourcing and selling paintings and sculptures both at auction and privately in London and New York, where he was based for two years from 2016.

Simon has played an important role in expanding the international profile for monumental sculpture, an area he specializes in, as curator of the highly successful annual selling exhibition Beyond Limits, held at Chatsworth House in Derbyshire between 2008 and 2017. Notable shows included The Landscape of British Sculpture in 2015 (with Tim Marlow) and American Sculpture in 2017, with buyers coming from across the globe. Having departed for a two-year stint as Director at Gagosian for secondary market sales, and co-creating the award-winning booth on Man Ray at Frieze Masters in 2018, Simon rejoined Sotheby’s in Summer 2020 with a brief to expand the profile of western art in Asia, where he travels regularly. Simon holds a Master of Arts degree in History of Art from University College London and is a regular lecturer at the Sotheby’s Institute of Art. 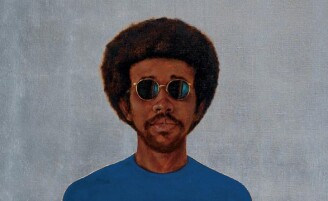