London and Paris | October 2021
This October, Contemporary / Modernités will bring together two sales of Modern and Contemporary art from the global calendar – one in London and one in Paris. The auctions present a diverse selection of works by some of the most exciting, emerging artists working today, alongside established masters of the 20th and 21st centuries.

Taking place live in London on 14 October, Sotheby’s Contemporary Art Evening Sale will coincide with the world-renowned Frieze and Frieze Masters art fairs. The sale will be headlined by Banksy’s iconic Love is in the Bin: the most famous artwork of the 21st century. The work returns to Sotheby’s saleroom three years after it partially shredded before a live auction audience in 2018. This radical prank transformed Banksy’s market, captured the attention of the world’s media, and lodged this work firmly within the global cultural consciousness. Three years after its unconventional creation, Love is in the Bin can be viewed as the foremost work in a long tradition of iconoclasm in the Western Canon, from Robert Rauschenberg’s Erased de Kooning (1953) to Ai Weiwei’s performance piece Dropping a Han Dynasty Urn (1995). It is a paradigmatic work: a relic of Banksy’s guerrilla approach to art-making; a ready-made fit for the Contemporary era; the icon of a hugely significant moment within the history of art and auctions.

presented in partnership with

On 26 October, coinciding with FIAC, Sotheby's Modernités sale, live from Paris, will present a curated selection of works by world-renowned artists, from the emergence of the European avant-garde to the Post-War period. This season, the sale will include a choice of highly significant artworks by key 20th-century artists, including an enigmatic Composition au damier by Fernand Léger, a Surrealist landscape by Yves Tanguy alongside key works by Pierre Soulages, Zao Wou-Ki and Jean Dubuffet. At the heart of the auction are five works by Klimt, Ernst, Kandinsky, Magritte, Wool – all from the American collection “Hallucinations”. From the visual magic of the Surrealists to Kandinsky’s enchanted abstraction, “Hallucinations” unveils iconic works by five giants of modern art, artists as prestigious as they are rare to the French market. 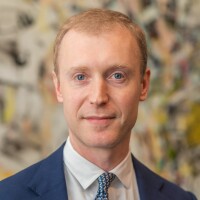 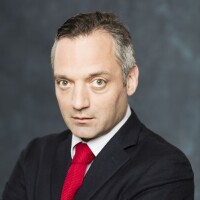