CATALOGUE NOTE
Executed in 1957, Sand Spit exemplifies Avery’s growing interest in the reduction of elements, simplified forms and increasing use of color, while returning to one of favorite subjects, a three-part composition of land, sea, and sky. Milton Avery and his wife, Sally, spent the summer of 1957 in Provincetown, Massachusetts on the tip of Cape Cod, where a large sand spit was formed by the convergence of the Atlantic Ocean and Cape Code Bay, which served as the inspiration for the present work. Avery painted Sand Spit with a high horizon line and flattened perspective, attributes that are frequently in the artist's mature works from this period, while the subdued palette and gestural brushwork are somewhat uncommon. The elongated, curved shape of the yellow sand spit is typical of this land mass formed by the movement of the tides. The artist's use of repeated shapes and lines around the sand spit illustrate the refracted movement of the water, while the variations in color and the density of the pigment indicate the changes in water depth and shifting currents. 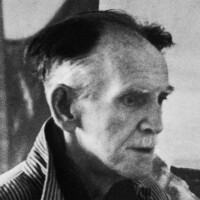 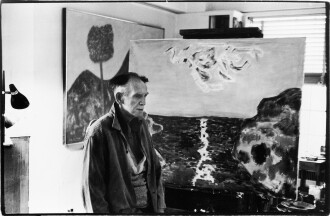