Asian highlights include a robust assemblage of historical early works by major Chinese Contemporary artists such as Zeng Fanzhi, Zhang Xiaogang, Liu Xiaodong and Fang Lijun. International young talent is also under the spotlight, with exciting pieces on offer by some of the most sought-after names in the market, such as Avery Singer, Shara Hughes and Matthew Wong.

This April, we are deeply honoured to present yet another highly distinguished line-up of top-quality Contemporary pieces to collectors and audiences in Asia. The coming season will witness the highest estimated Contemporary Art Evening Sale ever presented in the region, which once again demonstrates the maturing sophistication and appetite of Asian collectors, as well as the strength and tenacity of Asia as a major global platform for top-tier Contemporary art.

Fresh to market, PH-568 is one of an extremely small group of Still paintings in private hands, with the vast majority held in the Clyfford Still Museum and other institutional collections. Created in 1965, this is a masterwork from Still’s late period, painted a few years after he retreated from the New York art scene and relocated to the quiet countryside of Maryland. As exemplified by PH-568, Still’s mature canvases are characterised by a reductive aesthetic exhibiting a new sense of exuberance, sweep and power. Notably, PH-568 was exhibited at the landmark exhibition at Marlborough-Gerson Gallery, New York in 1969 – the only time in Still’s lifetime that his works entered the commercial market following his dissociation with his gallerists in 1951. Extremely rare to come by, PH-568 serves as a powerful testament to Still’s singular and unparalleled importance within the narrative of postwar painting.

Executed in 1983, the monumental, exquisite and ethereal Untitled XLVIII marks a pivotal moment in Willem de Kooning’s career. The artist’s late paintings in the 1980s are distinguished by elegant lyrical lines reminiscent of calligraphy. Starting from 1983, as exemplified by the present work, de Kooning commenced his distinctive mature aesthetic of narrow bands and pristine planes of prismatic colours achieved via thin effortless layers of pigment. Untitled XLVIII's poetically uplifting composition reveals a legendary artist who has finally reached an enlightened balance and signifies the same qualities that had initially brought him renown as an Abstract Expressionist – an insistence on invention, freedom and risk.

Fresh to auction, Roy Lichtenstein’s Reflections on Thud! comes from one private owner who acquired the work in 1990, the same year the work was executed, from Leo Castelli, the renowned art dealer who gave Lichtenstein his first one-man show. The work hails from the artist’s important series of Reflections Paintings, which employs the painterly depiction of reflective glass as a formal and conceptual investigation on the nature of art production and viewership. Reflections on Thud! is particularly desirable for its focus on the most iconic subject in Lichtenstein’s idiom – the comic strip, as well as his incorporation of a comic-style exclamatory onomatopoeia – Thud!. Only eight of Lichtenstein’s Reflections Paintings contain an onomatopoetic device, and of the artist’s 22 Onomatopoeia Paintings from the 1960s, half reside in prestigious institution collections.

Fresh to market, Mask Series No. 18 was created in 1994, the first year of Zeng Fanzhi’s acclaimed Mask series. The museum-quality painting comes from one private owner who acquired the piece from Zeng’s first solo exhibition at Hanart TZ Gallery in 1995. Notably, the pose of the figure in the present work recalls Auguste Rodin’s The Thinker. The ochre/maroon background is distinctive for the early Mask works, creating a red-on-red effect with the visceral hue of the figure’s face and hands, which recall the red fleshy tones of Zeng’s preceding Meat and Hospital series. This masterwork is of a calibre that is extremely rarely seen in the market.

Created in 1993, Bloodline: Mother & Son No. 1 is an incomparable masterwork and the very first work of Zhang Xiaogang’s seminal Bloodline series. The historically important and highly personal painting bears extensive publication records, and has only 3 comparable works from 1993, 2 of which reside in museum collections. Internationally acclaimed and exhibited at prestigious biennales in the mid-1990s, Zhang’s photography-inspired Bloodline aesthetic enlivens the past with painterly ambiguity, interrogating notions of subjectivity and selfhood within the complex construction of modern China’s identity. 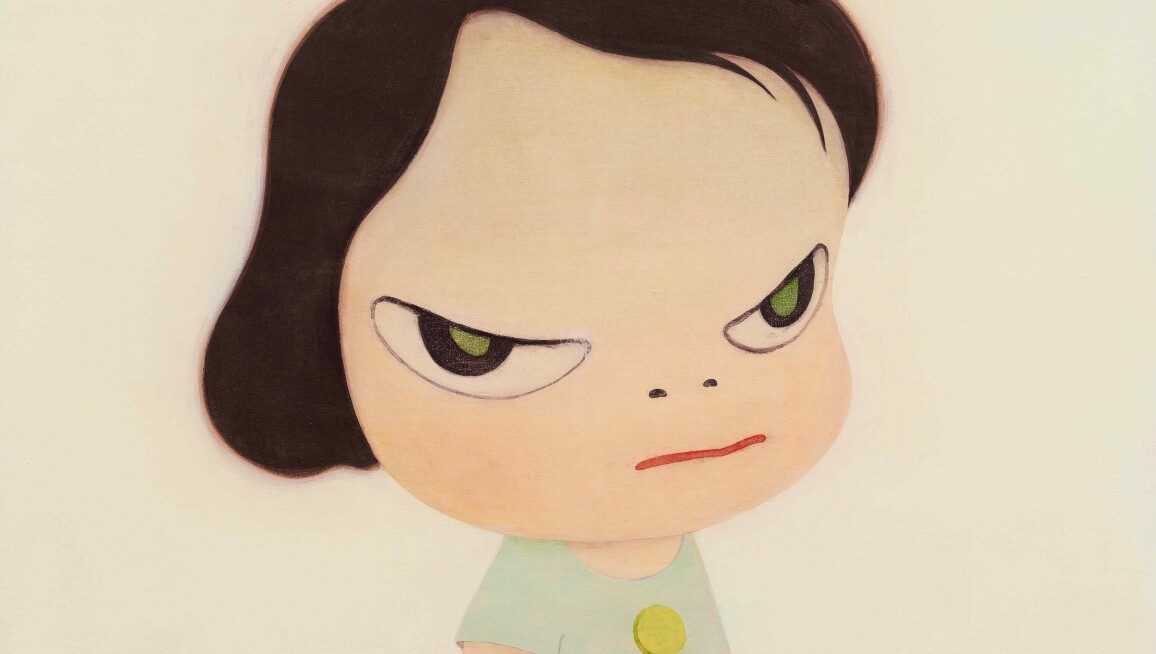 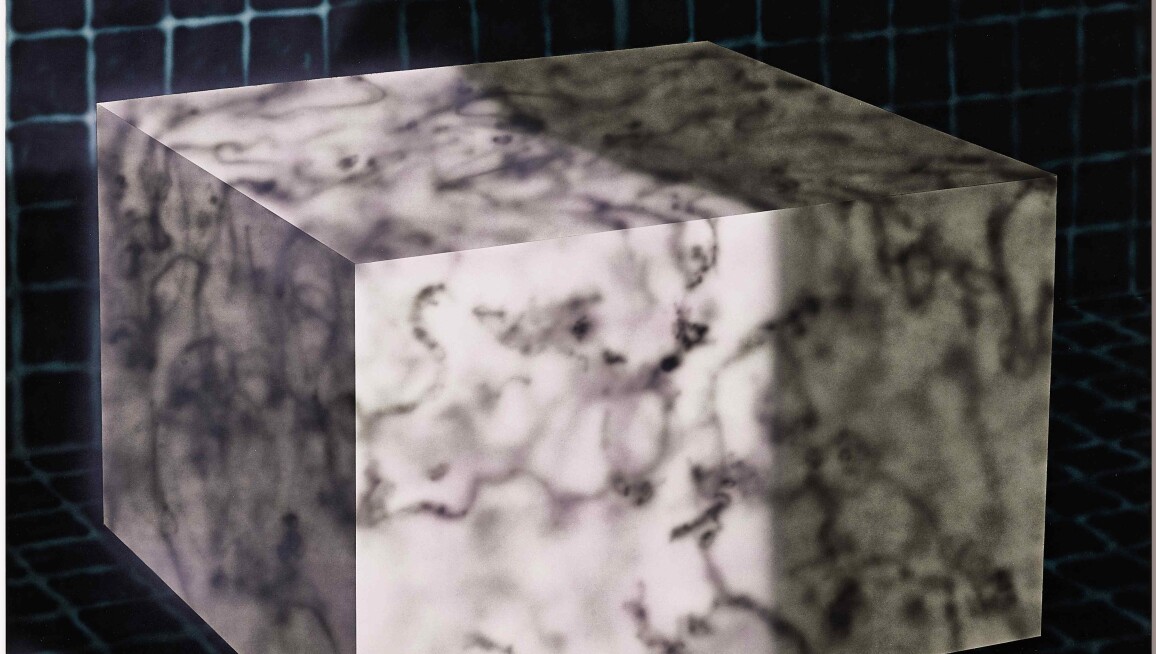 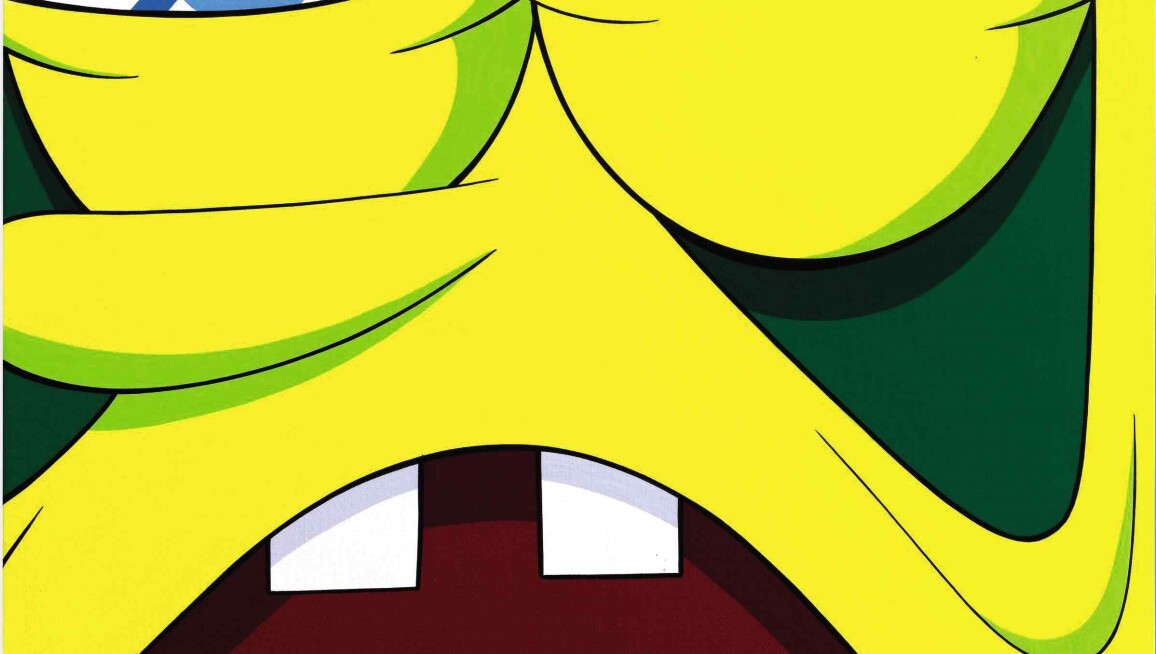