Select Works from the L.A. Mayer Museum For Islamic Art’s Legendary Collection to be Offered at Sotheby’s London

Since it first opened its doors to the public in 1974, the L.A. Mayer Museum in Jerusalem has held true to its founding principle of promoting cultural dialogue through the appreciation of art. Home to world-renowned collections of watches and Islamic art, the museum is one-of-a-kind in Israel – a unique institution founded by philanthropist Vera Bryce Salomons (1888-1969), whose family history tells a story of enlightened activism in the cause of social justice beginning in the 19th century with Vera’s great-uncle Sir David Salomons (1797-1873), 1st Baronet, who broke the mould of British society by becoming the first Jewish Lord Mayor of London.

Conscious of the lack of opportunity and absence of places for the Israeli public to see works of Islamic art, Vera set out to establish the L.A. Mayer Museum for Islamic Art, naming it after her friend and teacher Professor Leo Arie Mayer (1895-1959), the distinguished scholar and Professor of Islamic Art and Archaeology at the Hebrew University. Like Salomons, Mayer was a true believer in the relevance of Islamic culture and its ability to aid peaceful coexistence between Jewish and Arab peoples, and pieces from his own collection were placed in the museum on its founding. Salomons then enlisted Professor Richard Ettinghausen (1906-1979), one of the towering figures in the field of Islamic art in the 20th century, to help build the museum’s collection. Over the course of twelve years, Ettinghausen hand-picked works of the greatest quality, provenance and academic interest from the leading art dealers and auctions of the period – from manuscripts and calligraphy to metalwork and ceramics, from textiles and rugs to arms and armour.

The L.A. Mayer Museum for Islamic Art is also home to a spectacular collection of watches, bequeathed to Vera by her father, the collector Sir David Lionel Salomons (1851-1925), 2nd Baronet, a scientist and engineer whose passion for horology made him a leading authority on Abraham-Louis Breguet, “the greatest watchmaker of all time”. Over the course of his life, Sir David (named for his uncle) acquired the greatest collection of timepieces by the watchmaking genius held in private hands, which forms the core of the museum’s watches collection today. In 1917, he bought the world’s most famous watch, the spectacular “Marie-Antoinette”, which remains one of the stars of the permanent exhibition.

Vera Salomons’ founding vision of cross-cultural exchange has flourished under the leadership of director Nadim Sheiban. As the first Arab Museum Director in Israel, Mr Sheiban has introduced a programme of events and exhibitions designed to break down the barriers between communities. Now, in order to secure both the future of the museum and to sustain its vital outreach programme, a select group of pieces – the majority previously in storage – will be offered at Sotheby’s in London this autumn. First, works of art from across the Islamic geographical arc will be offered on 27 October, followed by a sale of 64 watches and objects of vertu on 28 October. Prior to the sales, the works will be on public view in Sotheby’s galleries in New Bond Street.

“The L.A. Mayer Museum is not only a repository for extraordinary works of art, it is also a place that can, through its collection and the spirit of its founding principles, make a meaningful difference to the communities around it. These sales will allow us to continue our efforts to help build bridges between those in the region, with proceeds enabling us to expand our educational programmes while at the same time ensuring the long-term future of the institution.”

"The decision to let go of certain pieces in our collection is one that has unfolded over the course of several years, through thoughtful discussion with all of our key stakeholders, namely our board, our director, and our curators. Together, we have been careful to select for sale works which, for the most part, are either duplicated in the collection or were held in storage. Their sale will not only secure the future of the museum, but will allow us to maintain and display our wonderful collection in an appropriate manner, and – importantly – it will allow us to expand on the educational community projects which align so closely both with our founding mission and with our future vision.”

Herbert Winter, Chairman of the Board of Directors at the Museum

By its very nature, Islamic art is rich and complex, blending Arab, Turkish, Persian and Indian traditions in an expression of an entire civilisation, unrestricted to a specific land or nation. The Islamic art in the L.A. Mayer collection centres around three core themes; the ‘Arabesque’, geometry and calligraphy, often intertwined on the same object. Spanning the lands that came under Islamic patronage, from Spain to India, 7th to 19th century, many of the most important dynasties are represented: the Mamluks, Ottomans, Safavids, Mughals.

“The L.A. Mayer Museum in Jerusalem is home to an outstanding collection of Islamic art, encompassing the full breadth of the Muslim World at the height of its artistic and political power. Journeying through its rooms, visitors are faced with art and objects spanning three continents, from Spain to Malaysia, representing over a millennium of production. Having learnt much myself from the treasures within, it is a pleasure to be able to facilitate the forward-looking work that is already underway to bring the collection to a whole new audience both locally and internationally.”

Since it first opened its doors in 1974, the L.A. Mayer Museum in Jerusalem has held true to its founding principle of promoting cultural dialogue through art. Home to world-renowned collections of both watches, notably by Breguet, and Islamic art, the museum is one-of-a-kind. The founding vision of cross-cultural exchange, initiated by philanthropist Vera Bryce Salomons (1888-1969), has flourished under the leadership of director Nadim Sheiban, the first Arab Museum Director in Israel. Among the programme of events are tours that bring together students and children from Jewish and Arab schools and kindergartens, Arabic language classes for Hebrew speakers, and exhibitions showcasing the work of Arab contemporary artists. In order to secure both the future of the museum and to sustain its vital outreach programme, a select group of pieces – the majority previously in storage – will be offered at auction on 27 & 28 October. Prior to the sales, the works will be on public view in Sotheby’s galleries in New Bond Street. Link in bio for more information. Please note: When handling old objects, gloves can sometimes mask the sensitivity of finger tips. #SothebysMiddleEast #SothebysWatches

The Watches sale is spearheaded by an unprecedented group of timepieces by Abraham-Louis Breguet, a “celebrity watchmaker” whose pioneering creations were sought after by the crowned heads and elites of Europe in the early 19th century. All of the lots were created by the watchmaking genius during his most active period, from 1790 until his death in 1823. The watches accompanied the “Marie Antoinette” along its tumultuous journey through the past century, from the legendary collection of Sir David Lionel Salomons to the museum in Jerusalem and its miraculous recovery following history’s greatest watch heist.

The auction features pieces made for the watchmaker’s most eminent clients and loyal patrons: the Prince Regent (future King George IV), the Duc of Praslin (owner of the famous eponymous watch, bequeathed in 1924 by Sir David to the Musée des Arts Décoratifs in Paris) and Princess Caroline Murat, Napoléon’s ambitious sister for whom Breguet created the “Reine de Naples”, the very first wristwatch. For these clients – all passionate about horology - Breguet created some of his most ambitious pieces, incorporating revolutionary inventions.

“Over 100 years ago, Sir David Lionel Salomons assembled the world’s greatest collections of Breguet watches in private hands. Today, his watches, steeped in the watchmaker’s genius and the legend of their original owners - have achieved mythic status. If the name of Sir David continues to carry so much gravitas, it is certainly because his passion for horology was inspired by the same enlightened values that drove Breguet in his quest to revolutionise timekeeping. It is a huge honour to have been entrusted with the sale of these watches, thereby perpetuating Sir David’s legacy and the humanist values of the museum created by his daughter, Vera.”

In the world of watches, few names command as much reverence as Sir David Lionel Salomons, the world-renowned authority on Abraham-Louis Breguet, whose watch collection – one of the greatest in the world and including the famous “Marie Antoinette” – has been housed in the L.A. Mayer Museum for Islamic Art in Jerusalem for over half a century. On 28 October, a group of watches, originally in the collection of Sir David, will be offered in our London Watches sale, as part of a series of two sales, featuring select works from the Collection of the L.A. Mayer Museum (Islamic Art, Vertu and Watches). - The watch auction will be spearheaded by important watches by Abraham-Louis Breguet, all created for the watchmaking genius’ most eminent patrons, incl. this very rare experimental Resonance watch purchased in 1818 by the Prince Regent (later King George IV) (est. £400,000-600,000). Proceeds from the sale will help ensure the long-term future of the museum, while at the same time allowing for further development of key initiatives and programmes around the promotion of inter-cultural dialogue. #SothebysWatches #Breguet #AbrahamLouisBreguet #ResonanceWatch 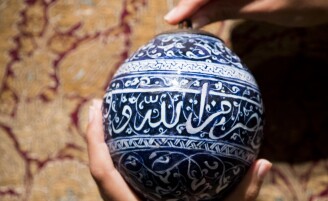 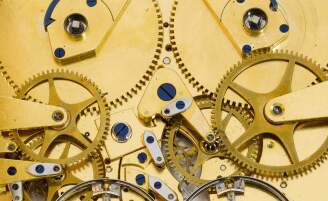 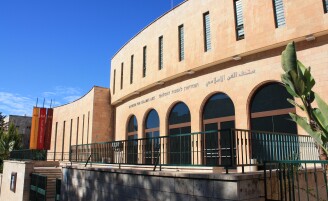