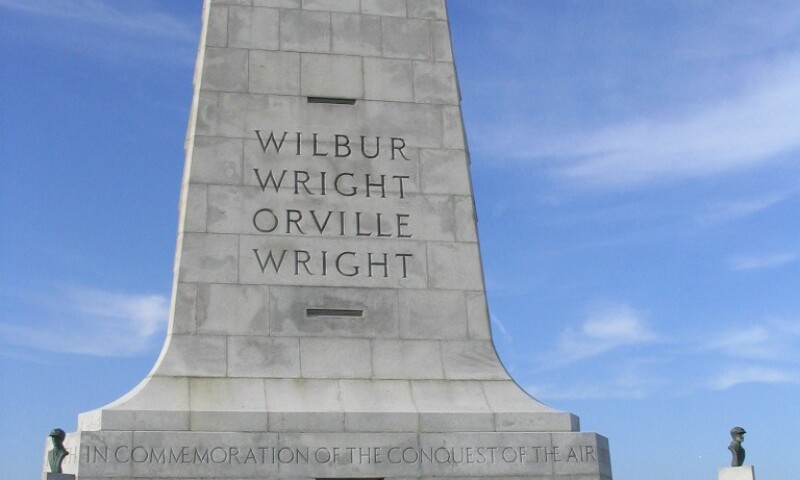 The Wright Brothers National Memorial commemorates the first successful, sustained, and powered flights in a heavier-than-air machine. It is located in Kill Devil Hills along the coast of North Carolina, and is where Wilbur and Orville Wright spent time from 1900-3 . The location was chosen for their flight tests due to its steady winds. In 1903 they made four flights on this site whose markers can be seen on site.

The monument was authorized in 1927 and it was designated a memorial in 1953. The National Park Service oversees it. The visitor center was designed by Ehrman Mitchell and Romaldo Giugola and is a National Historic Landmark. It is significant, because its modern design marked a departure for the Parks Service. Inside it highlights the tools the brothers used and models of their planes. The site also includes a recreation of the Wright Brother’s hangars. A 60 foot tower is atop Kill Devil Hill where many of the brothers gliding tests were done.