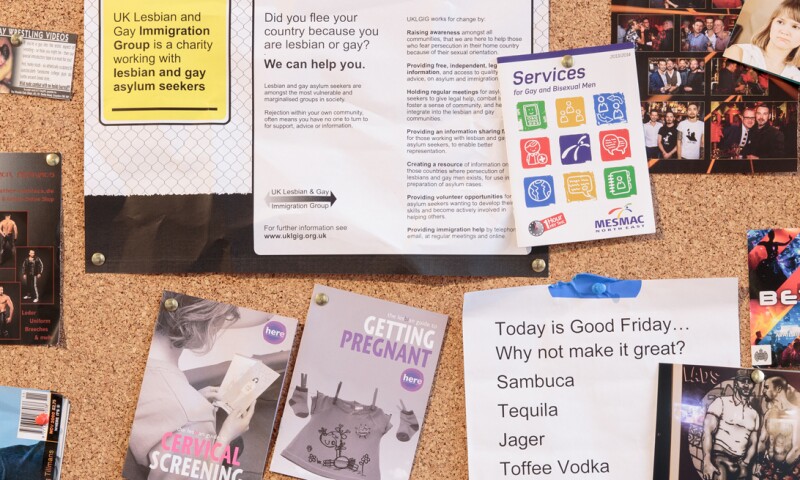 How has the changing landscape of London affected the lives of queer people? In the 1980s, campaigning groups and social spaces proliferated alongside a growing LGBTQ+ rights movement. But are the city’s community centres, bars, cabarets, cruising areas, and other venues for exploring sexuality and trying out new identities now under threat?

The market-led redevelopment of hundreds of spaces around London is rapidly changing the capital’s queer scene. This display focuses on the rarely seen archives of queer venues and social networks collated by University College London’s Urban Laboratory. It reveals the radical inventiveness and creativity of London’s queer communities since the 1980s.