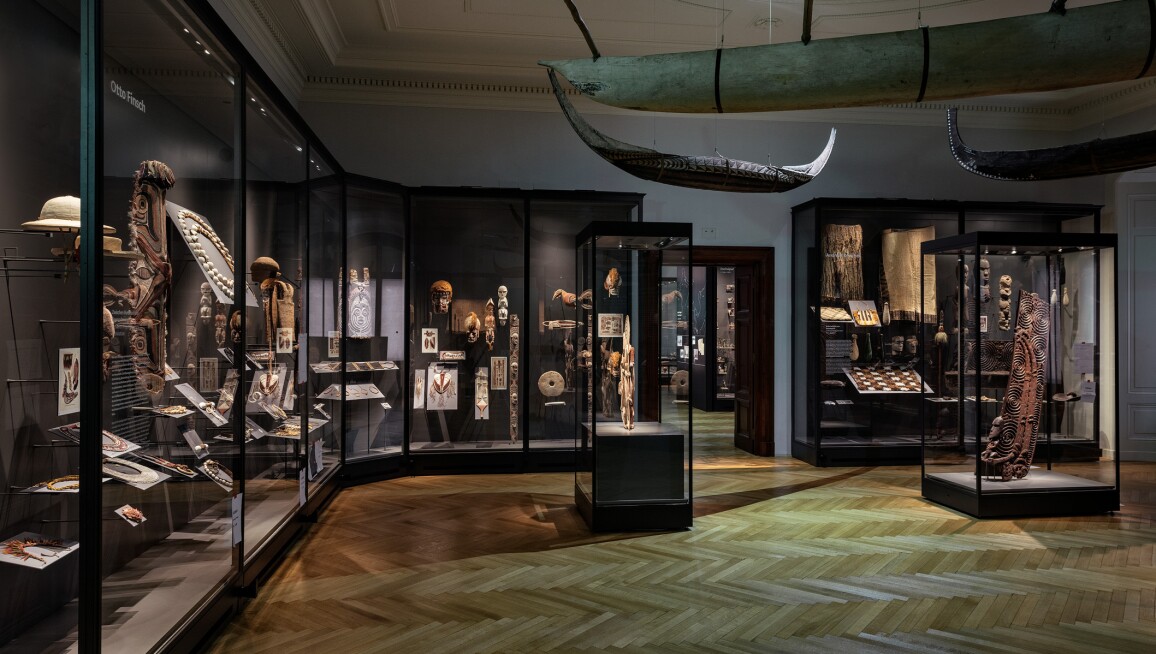 The Weltmuseum Wien, formerly the Museum of Ethnology, houses comprehensive collections of ethnographic objects, historical photographs, and books on non-European civilizations, making it one of the leading ethnographic museums in the world. Its roots can be traced back to the year 1806, when the “Imperial and Royal Ethnographic Collection” was established as part of the Imperial Natural History Cabinet after the partial acquisition of the “Cook Collection”. The Museum of Ethnology was formally opened in the Corps de Logis, Neue Burg, in 1928.

Currently residing in the Hofburg Imperial Palace, the Weltmuseum Wien houses more than 40,000 ethnographic and archaeological objects from Asia, Africa, Asia and the Pacific and America. The collection includes an Aztec feathered headdress, ethnographic objects from James Cook’s collection of Polynesian and Northwest Coastal art, artifacts collected from the SMS Novara circumnavigation of the globe as well as 100,000 photographs and 146,000 printed works. On 1 May 2012, Sabine Haag, General Director of the KHM-Museumsverband, and CFO Paul Frey appointed the Dutchman Steven Engelsman as the Museum’s new director. Under his lead, a comprehensive realignment of the permanent collection and public areas was planned and renovation of the museum commenced.