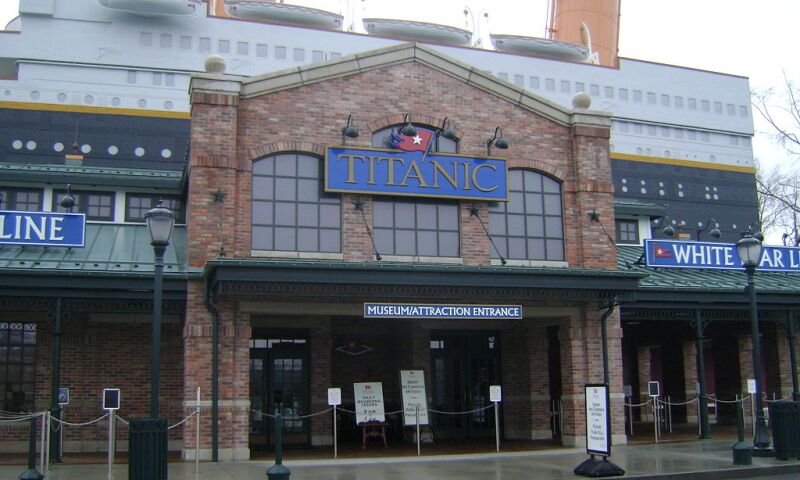 Pigeon Forge’s Titanic Museum Attraction (TMA) invites visitors to experience travel on the RMS Titanic’s maiden voyage through interactive exhibits that recreate the ship and simulate its tragic sinking. The TMA features 400 personal and private artifacts from the Titanic, making it the largest display of Titanic artifacts in the world.

Upon entering, each visitor is given a boarding pass with the name and information of an actual Titanic passenger or crewmember. Visitors can stroll an exact replica of the Grand Staircase, tour the accommodations of first- and third-class passengers, shovel “coal” in the Boiler Room, touch an iceberg, and hear passenger stories as they sit in a true-to-size lifeboat. In the Memorial Room, inscribed with the names of all 2, 208 passengers and crew, visitors can learn the fate of their passenger.

The Pigeon Forge TMA is one of two Titanic attractions in the United States; the other is located in Branson, Missouri. Both are owned by John Joslyn, a Los Angeles film producer who co-led a diving expedition to the site of the wreck in 1987.