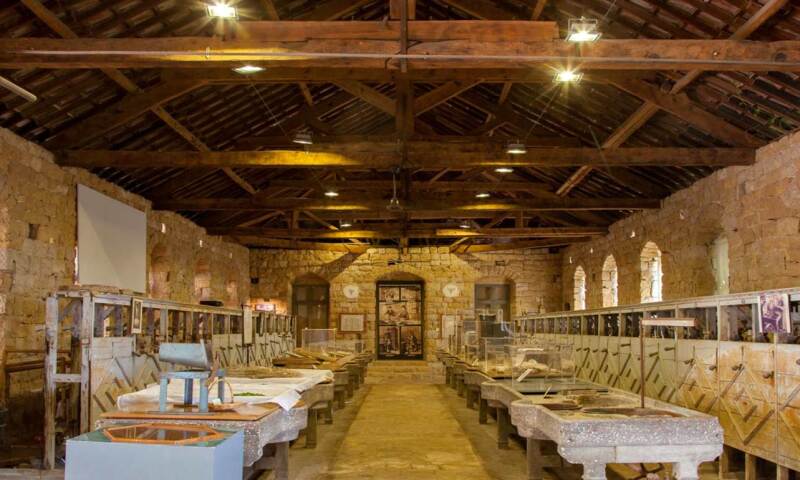 The Silk Museum, located in the village of Bsous in Lebanon, tells the important story of silk and its ecological, cultural, and economic history. Founded by George and Alexandra Asseily, the museum is housed in a former silk factory that was in operation from 1901 to 1954. After a brief occupation by the Syrian army in 1990, the building was turned into a museum, which opened in 2000. The museum highlights the 1,500-year-old history of silk production in Lebanon, which ended when the last silk mill closed in the 1970s. The museum hosts permanent and temporary exhibitions and offers educational programs, workshops, and guided tours of the grounds, which includes extensive gardens.