The World between Empires: Art and Identity in the Ancient Middle East 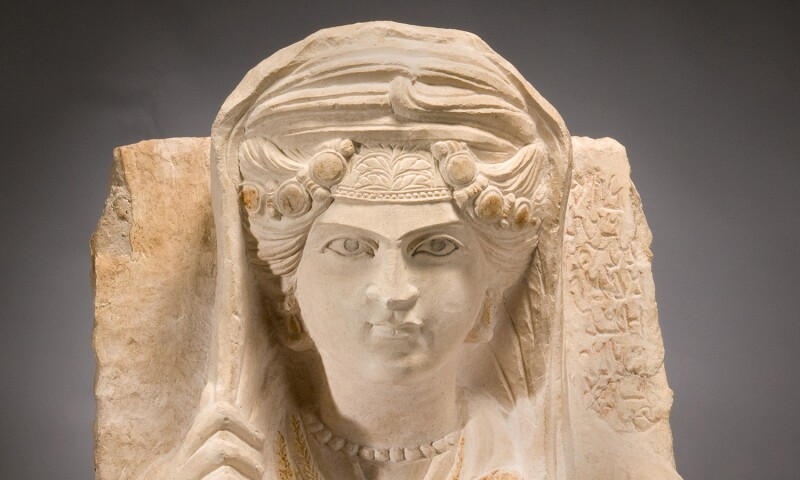 The landmark exhibition The World between Empires: Art and Identity in the Ancient Middle East will focus on the remarkable cultural, religious, and commercial exchange that took place in cities including Petra, Baalbek, Palmyra, and Hatra between 100 B.C. and A.D. 250. During this transformative period, the Middle East was the center of global commerce and the meeting point of two powerful empires—Parthian Iran in the east and Rome in the west—that struggled for regional control. The exhibition will focus on the diverse and distinctive cities and people that flourished in this environment by featuring some 190 outstanding examples of stone and bronze sculpture, wall paintings, jewelry, and other objects from museums in the United States, Europe, and the Middle East. Among the highlights will be a Nabataean religious shrine, reconstructed from architectural elements in collections in the United States and Jordan; the unique Magdala Stone, discovered in a first-century synagogue at Migdal (ancient Magdala) and whose imagery refers to the Temple in Jerusalem; and wall paintings from a church in Dura-Europos that are the earliest securely dated images of Jesus. Sculptures from Baalbek illuminate religious traditions at one of the greatest sanctuaries in the ancient Middle East, and funerary portraits from Palmyra bring visitors face to face with ancient people. The exhibition will also examine important contemporary issues—above all, the deliberate destruction and looting of sites including Palmyra, Dura-Europos, and Hatra.