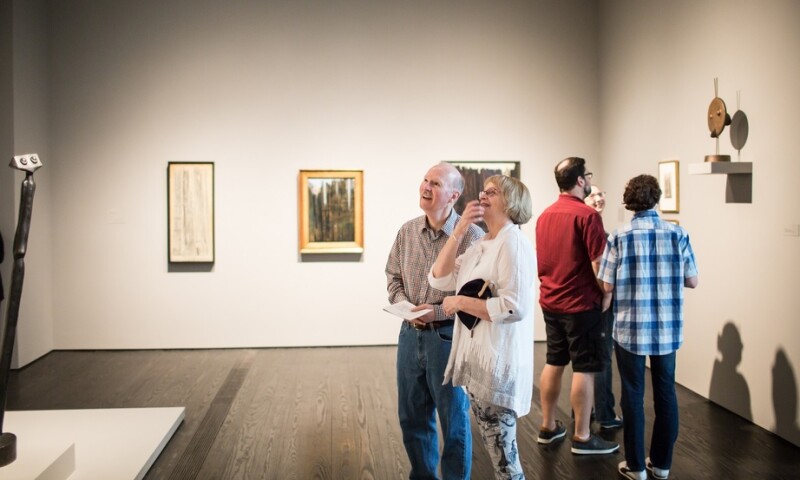 The Menil Collection is an art museum located in Houston, Texas in a 30-acre neighborhood of art. The main building houses special exhibitions and the permanent collection, and it anchors a campus with three other museum buildings: two are dedicated to single artists (Cy Twombly and Dan Flavin) and another to year-long installation projects; a fourth building is under construction for a drawing institute. Known for displays that allow the objects and works of art to speak for themselves—there are no “didactics” on the wall or media in the galleries—the Menil philosophy is to foster each individual’s direct, personal encounter with works of art. The display of carefully chosen artworks in sympathetic settings, are Menil hallmarks.

Loan shows and artist projects are the most visible exhibitions, featuring new perspectives and new scholarship and reflecting the stance of an artist-centered institution. The museum’s own collection, displayed in two-thirds of the main building and often rotated, is built around several types of art collected from the 1940s to the 1990s by the Menil Collection’s founders, John and Dominique de Menil. Best known are the Surrealist and other modern European painting and sculpture. Also included are Byzantine and medieval art and artifacts; African, Pacific Islands, and Pacific Northwest Native art; art of the ancient Americas and the ancient Mediterranean and Near East. The collection area that has grown the most since the museum opened in June 1987 is American art since World War II.