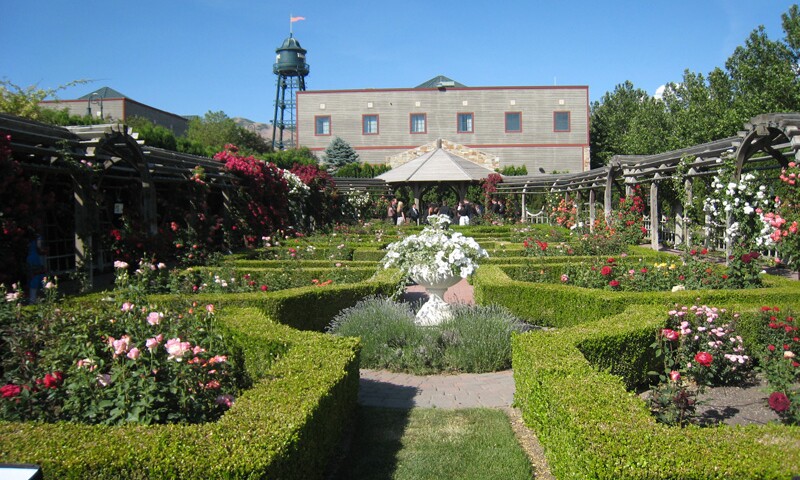 Thanksgiving Point was founded in 1995 as a nonprofit farm, garden and museum complex outside Salt Lake City in Lehi, Utah. Among the buildings in the complex are the Museum of Ancient Life, Farm Country, the Museum of Natural Curiosity, Ashton Gardens, and the Butterfly Biosphere.

It was founded by Alan Ashton who purchased the land after the sale of his software company, WordPerfect. The gardens opened in 1997 with a design by regional landscape architect Leonard Grassli. Over the years they have continued opening new exhibition spaces in the complex. It holds multiple events throughout the year, including a tulip festival, corn maze, and a holiday light festival called Luminaria. Education is also a priority for Thanksgiving Point, and they organize classes and seminars for youth, families and educators throughout the year.