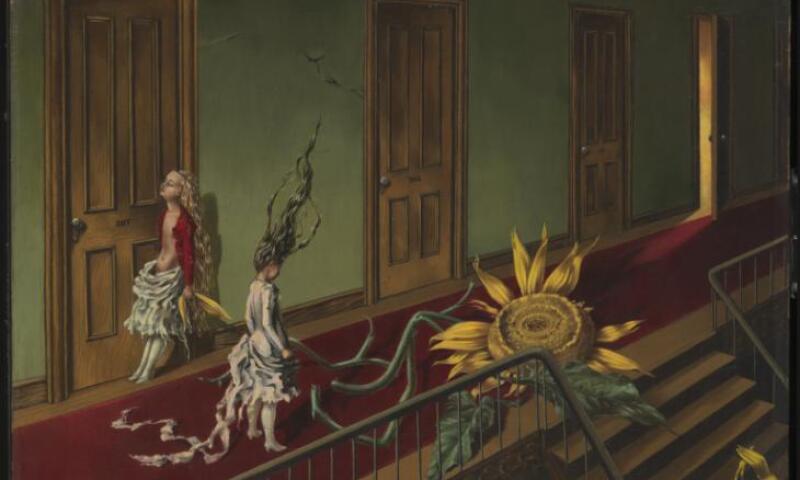 The first major retrospective of Tanning’s work in the UK since her death in 2012 at the age of 101, this exhibition will tell the story of Tanning’s seven-decade career: from her enigmatic early paintings, such as the self-portrait Birthday 1942, to her pioneering stuffed-textile sculptures.

Tanning wanted to depict ‘unknown but knowable states’: to suggest there was more to life than meets the eye. She first encountered surrealism in New York in the 1930s. In the 1940s, she married fellow painter Max Ernst and they moved to the Arizona desert. Although surrounded by a vast landscape, many of her paintings from this time depict claustrophobic and unsettling domestic spaces.

From the 1950s, now working in Paris, Tanning’s paintings became more abstract, and in the 1960s she started making uncanny soft sculptures. Many of these works – including the room-sized installation Hôtel du Pavot, Chambre 202 – feature bodies: contorted, transformed and intertwined, they connect with her lifelong interest in dance. In later life, Tanning dedicated more of her time to writing, publishing poetry and a novel while in her 80s.