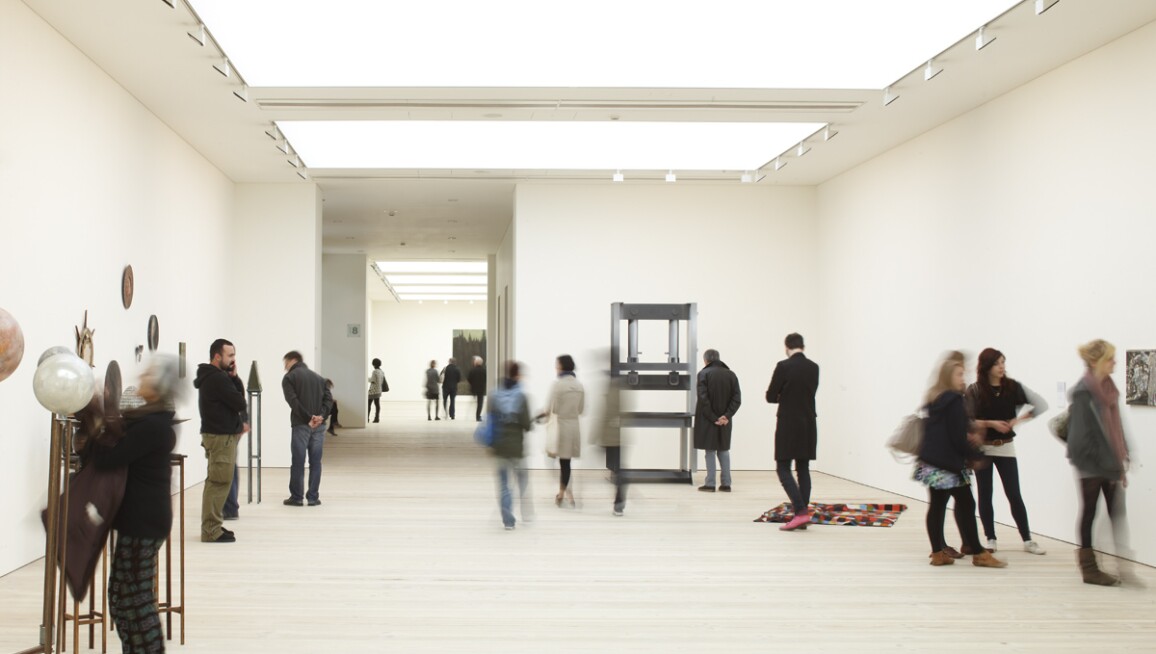 Founded in 1985 by Charles Saatchi, the Saatchi Gallery currently occupies the Duke of York Headquarters on King’s Road, Chelsea, a 19th-century military building. The gallery organises free, themed temporary exhibitions of contemporary British and international art, with a focus on early-career artists and international names whose work is not well known in the UK. With groundbreaking exhibitions in the 1980s and 1990s, the Saatchi Gallery helped to launch the careers of a number of artists, including protagonists of the YBA generation such as Jenny Saville and Jake and Dinos Chapman. The gallery has recently held surveys dedicated to contemporary German art, work by women artists and the global legacy of Pop, and exhibitions on Coco Chanel and the Rolling Stones.
(Photo courtesy Saatchi Gallery)