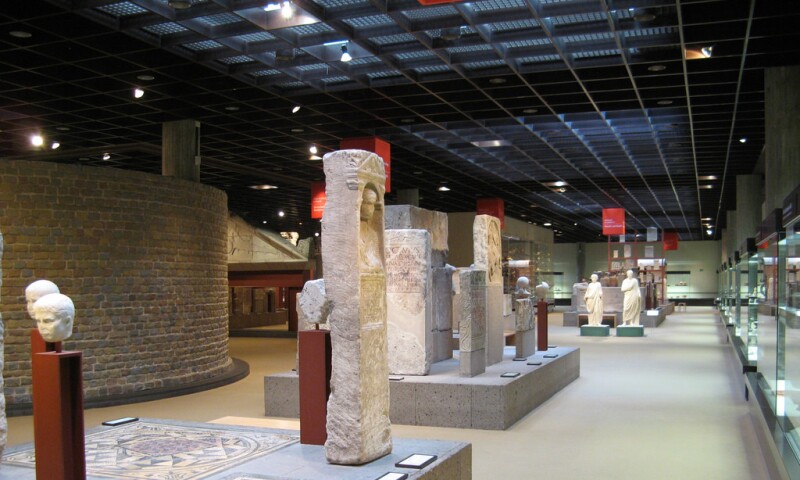 Built in 1974, the Romano-Germanic Museum (Römisch-Germanisches Museum) presents the archaeological heritage of Cologne and the surrounding area from the Paleolithic period to the early Middle Ages. The museum stands on the foundations of an urban Roman villa with the world-famous Dionysius mosaic, which can be admired from the cathedral square through a panorama window before entering the museum. Other collection highlights include the largest collection of Roman glass in the world, an impressive collection of Roman and early medieval jewellery, 100,000-year-old stone tools from the Karstein cave, and archaeological artifacts from the Neolithic settlement of Cologne-Lindenthal. The museum also manages monument conservation and archaeological preservation of the cultural heritage of the state of North-Rhine Westphalia, including numerous annual excavations carried out to preserve archaeological remains.