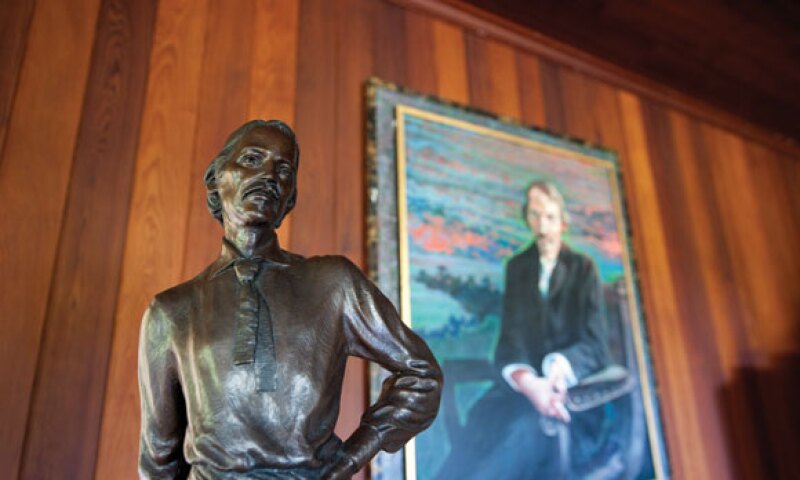 The majestic and maginificent Robert Louis Stevenson Museum. A place where this famous Scottish poet and author fell in love. The Museum is perfectly restored back to its glorious day with some of the Author's work and family memorabilias.

Robert Louis Stevenson is famous for his many writings including Treasure Island, Kidnapped, and the Strange Case of Dr Jekyll and Mr Hyde. Originally from Scotland and he was known to the Samoans as the man with great ‘manas’. Due to his many positive interactions with the local community he became very popular and also a well respected figure to the locals that knew him. He passed away December 3, 1894 at the age of 44. His colleagues and people that worked for him buried him on top of Mount Vaea (within Vailima) at a spot overlooking the sea.

The museum is well kept and all its facilities are in good condition. The museum also has a gift shop available for the visitors and there is a sign book at the front of gift shop which visitors can use to note where they are from and more significantly feedback of their experiences with the site. For maintenance purpose, guests are not allowed to take shoes or eat inside the museum.