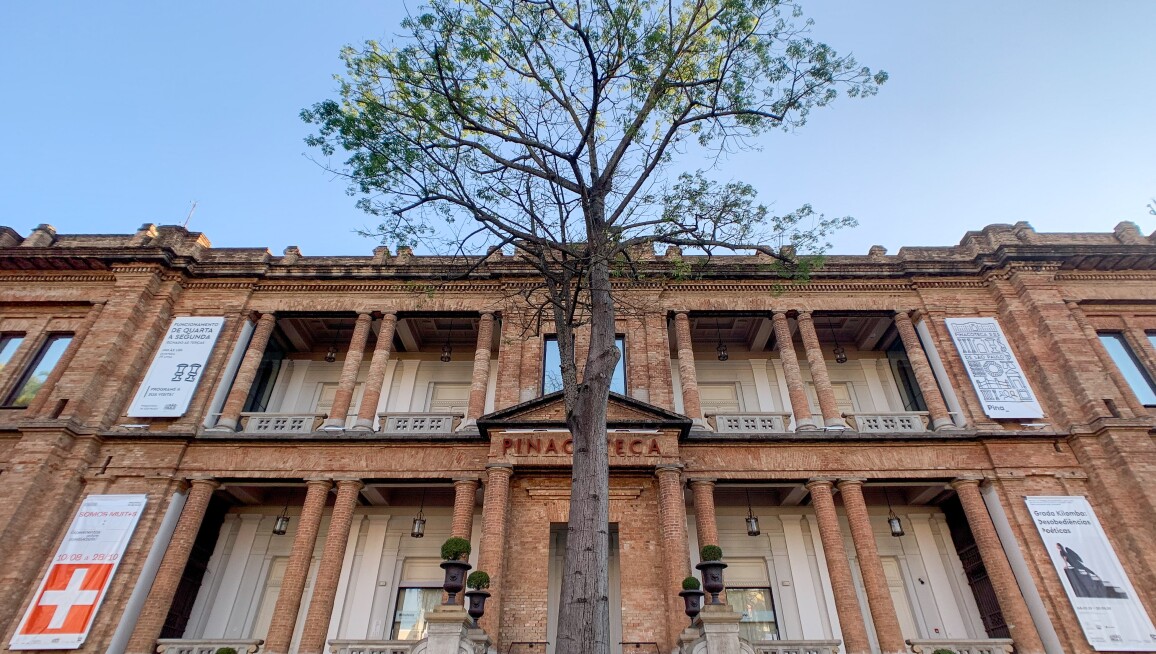 Pinacoteca de São Paulo is a visual arts museum which highlights Brazilian artistic production from the 19th century to the present age in a dialogue with other world cultures. It was established in 1905 by the government of the state of São Paulo and is the oldest arts museum in the city. Pinacoteca holds exhibitions of its celebrated collection of Brazilian art and short-term exhibitions dedicated to Brazilian and foreign artists, in addition to multidisciplinary public projects and a comprehensive and inclusive educational program.

Its original collection comprised 26 works transferred from the Museu Paulista of the University of São Paulo, while the current collection consists of about 11,000 pieces, including works by Brazilian artists such as Anita Malfatti, Lygia Clark, Tarsila do Amaral, Almeida Júnior, Pedro Alexandrino, Candido Portinari, and Oscar Pereira da Silva, among others.

Pinacoteca has two buildings open to the public, with a very busy schedule: Pinacoteca Luz and Pinacoteca Estação. The first, known to visitors as Pina Luz, housed formerly the Arts and Crafts Lyceum. Designed at the end of the 19th century by architect Ramos de Azevedo, the building was subject to a large renovation, at the end of the 1990s, led by architect Paulo Mendes da Rocha. The Pinacoteca Luz building also houses one of the main conservation and restoration laboratories in Brazil.

Pinacoteca Estação or Pina Estação was inaugurated in 2004, having originally housed the offices and warehouses of Sorocabana Railways. The building itself, also designed by Ramos de Azevedo, was completely renovated by architect Haron Cohen in order to accommodate part of the temporary exhibition schedule and of the main museum collection.

The first floor of Pina Estação building is a home for the CEDOC – Memory and Documentation Center and the Walter Wey Library, which lodges a large collection of visual arts publications that can be accessed by the general public. The ground floor and the third floor house the Memorial da Resistência, in the very building that served as headquarters for the São Paulo State Department for Political and Social Order (Deops/SP), from 1940 to 1983.