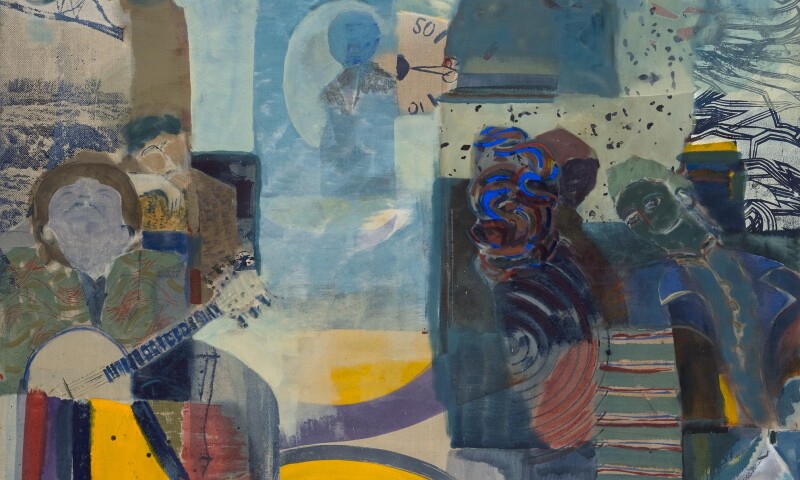 The first museum show of one of Britain’s most exciting contemporary painters.

Nick Goss (b. 1981) reimagines his home city of London, transforming the cityscape and its interior spaces to explore themes of displacement, natural disaster and the psychology of place.

In this exhibition of 12 of Goss’s large-scale narrative paintings, he combines observations of everyday life in his South London urban surroundings with impressions of the Netherlands’ 1953 Zeeland flood, as recounted by his maternal grandmother, and JG Ballard’s pioneering work of climate fiction, The Drowned World. He uses a collage-based approach that layers scavenged imagery drawn from personal memories, contemporary culture and historical events, collapsing time and space. Glimpses of the familiar reflect back at the viewer, rendering the city uncanny, warped and transformed.

To create a visual conversation with his paintings and a number of works on paper, Goss has selected works from the Gallery’s collection by Modern British artists who continue to inspire him, including Michael Andrews, Edward Burra and Paul Nash.

Goss’s work is collected internationally and he has had exhibitions in Berlin, New York and London, but this is his first museum show. It includes two major new paintings and marks a critical point in the connection of ideas in Goss’s De Ramp (2017) and Dolphin Express (2018) series.