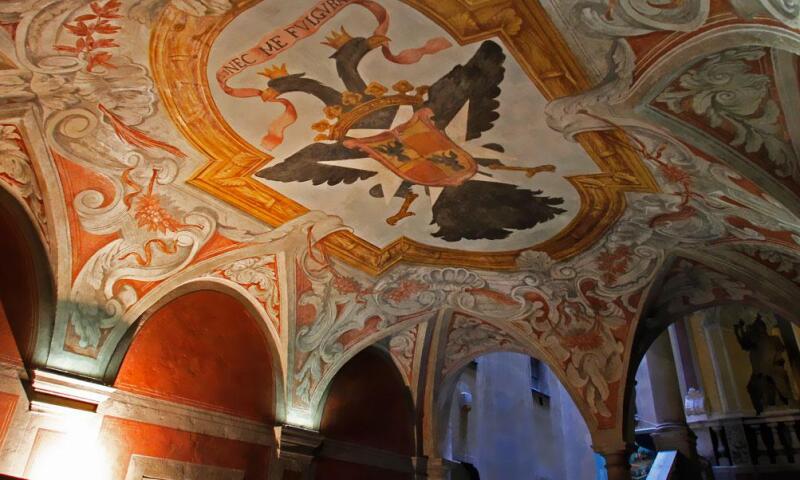 The Palais Lascaris is a museum of France and Historical Monument. Located in the heart of the old city, it is the most remarkable monument of the civil Baroque Nice with its monumental staircase adorned with frescoes and luxuriously decorated living rooms.

The Palace was built in the middle of the 17th Century, for one of the first families of the nobility of Nice, Lascaris-Ventimiglia. It perpetuates the reputation of the Lascaris-Ventimiglia that Charles Emmanuel II, Duke of Savoy, considered the "principalissima" of the families of the nobility of Nice in the seventeenth century. He remained the property of this family until the Revolution. Put on sale in 1802, it undergoes important degradations. Acquired in 1942 by the city of Nice, it was the subject of a classification as a historical monument in 1946. Rehabilitation work began in 1963 and ended in 1970, year of the final opening of the palace to the public, as a municipal museum. It constitutes, with the dozen religious buildings located in its close neighborhood,