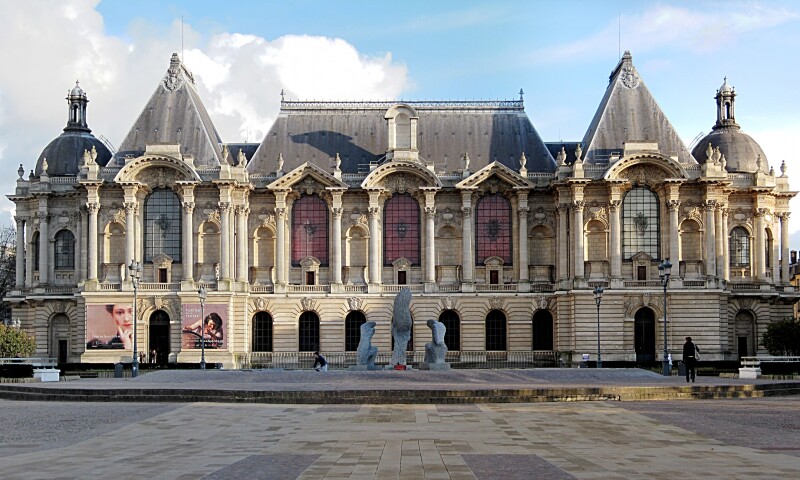 The Palais des Beaux-Arts de Lille is one of the largest art museums in France, and houses a collection of fine arts, modern art, and antiquities. Established in the beginning of the 19th century, it was one of the first museums created in France under the instructions of Napoleon. Its initial collection was created from works seized from churches and European territories occupied by the armies of Revolutionary France. It officially opened in 1809. Today, it is housed in a Belle Epoque-style building in the center of Lille. The highlights of its collection are primarily European paintings, and especially of note are a few important examples of 19th century French painting. It holds over 70,000 works, including sculptures, paintings, drawings and ceramics by artists such as Raphael, Tissot, Rembrandt, Goya, David, Corot, Courbet, Delacroix, Monet and Rodin.