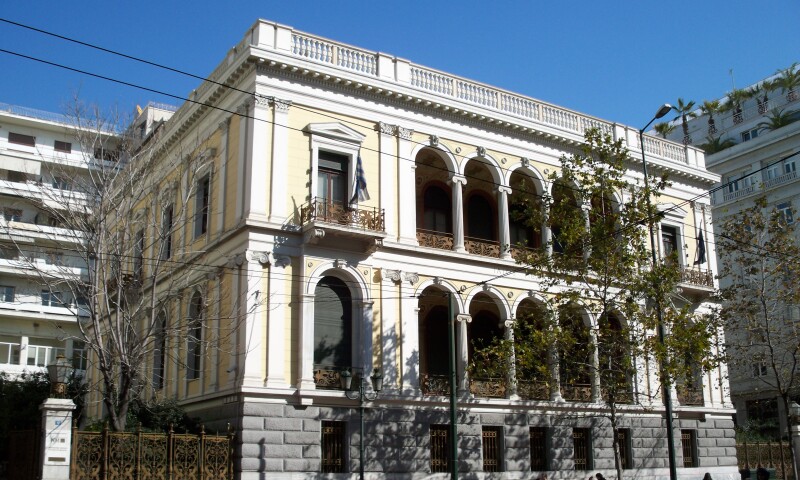 Founded in 1834, the Numismatic Museum is one of the oldest public museums in Greece and houses one of the most important collections of ancient and modern coins in the world. The collection holds over 600,000 objects from the 14th century BC to modern times. The museum is housed in the former mansion of archaeologist Heinrich Schliemann, a building influenced by the Renaissance Revival and Neoclassicist architectural movements. The interior is inspired by the architecture of Pompeii. The museum also houses a library with 12,000 books specializing in numismatic study.