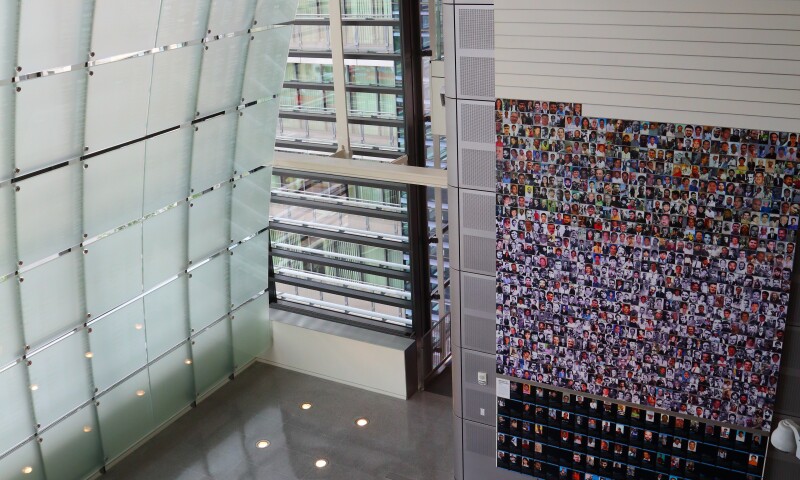 The Newseum is an interactive museum that traces the evolution of communication and endeavors to increase public understanding of the importance of the First Amendment and a free press. Visitors learn how news has changed over the years; about the role of a free press in history; and how the freedom of religion, speech, press, assembly, and petition apply to their lives. Exhibits include the Pulitzer Prize Photographs Gallery, which showcases photographs from each Pulitzer-Prize winning entry since 1942; the 9/11 Gallery Sponsored by Comcast, which displays broadcast antennae from the World Trade Center; the Berlin Wall Gallery, where eight concrete sections of the wall are displayed (one of the largest displays outside Germany), and the Journalists Memorial, a glass sculpture that lists the names of journalists around the world who were killed in the line of duty.

The Newseum was founded by the owner of USA Today, Al Neuharth, and first opened in Rosslyn, Virginia in 1998. It moved to its current location on Pennsylvania Avenue in 2008. The building features a “window on the world,” which has the First Amendment etched into a stone panel, and shares space with a Wolfgang Puck restaurant and luxury apartments.