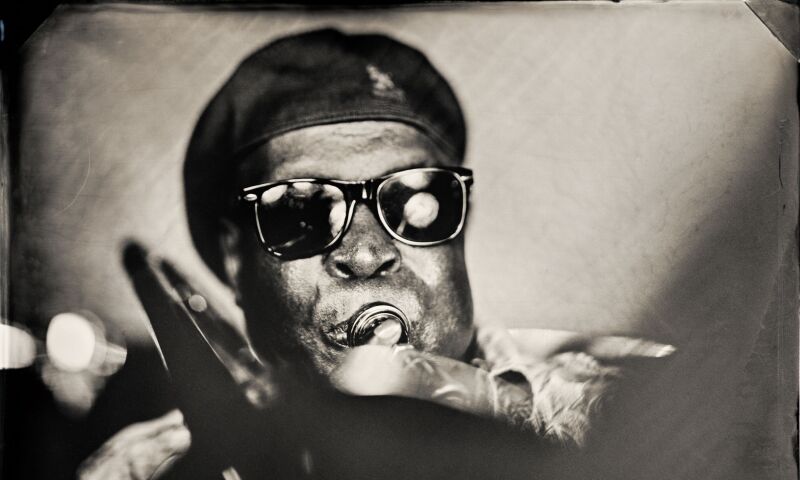 “Tim Duffy’s choice of the tintype aligns with a distinctly American history of photography, while his subjects represent one of the most important legacies in the United States,” said Susan Taylor, NOMA’s Montine McDaniel Freeman Director. “His work to preserve this part of southern culture is monumentally important. We look forward to sharing it with the city of New Orleans.”

Featuring artists from the American South, including local New Orleans legends such as Alabama Slim, Little Freddie King, and Pat “Mother Blues” Cohen, NOMA’s premier of Blue Muse will feature 30 of Duffy’s original unique tintypes. In order to give these underrepresented cultural figures even greater visibility, Blue Muse will also include an outdoor component in which the museum will partner with a number of local sites to install enormous images on buildings around New Orleans, introducing the public to these musicians.

Duffy’s tintypes are an artful extension of his other occupation, as founder and Executive Director of the Music Maker Relief Foundation, which provides support and promotion for Southern American musicians. “In making these photographs, in compelling us to pay attention, look closer, know their faces, and learn their names, Duffy has enlisted one American tradition, the tintype, in the service of securing another,” Said Russell Lord, NOMA’s Freeman Family Curator of Photographs.