The Crown of Kerch: Treasures from the Dawn of European History 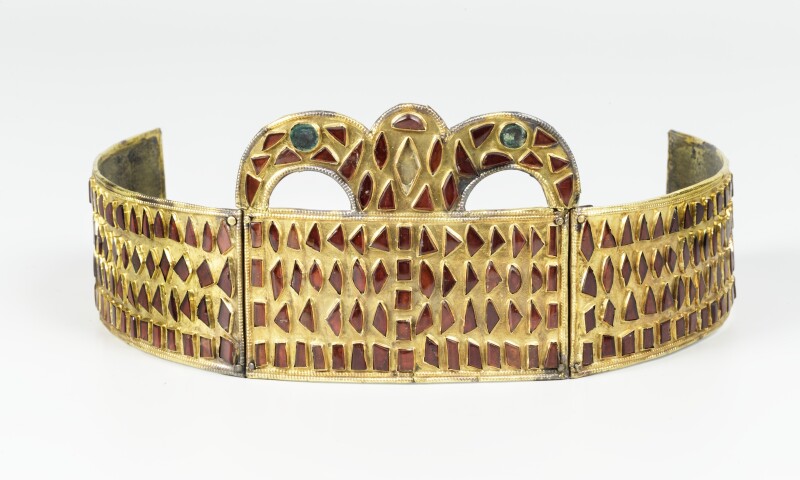 Gold jewellery from the migration period found near the Black Sea, silver brooches and magnificent belts from early medieval graves in France, Italy, Spain, and Germany: selections from the collection of Johannes von Diergardt will be on view again in Berlin for the first time in 80 years, re-turning to the city where they were displayed until 1934. Following the death of the collector and art lover, these works moved to the Römisch-Germanisches Museum in Cologne. Construction work in the Cologne museum now offers a prime opportunity to present the treasures to the Berlin public again for the first time in many years.