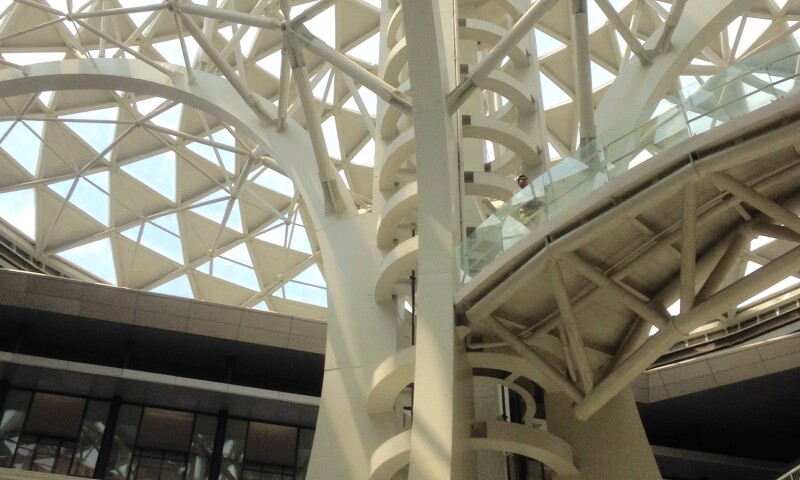 The National Museum of Natural History (Filipino: Pambansang Museo ng Likas na Kasaysayan) is the national natural history museum of the Philippines and was opened in 2018. It is located along the Agrifina Circle in Rizal Park, Manila. Its collection includes botanical specimens, and geology and zoology exhibits.

The building was constructed as the Agriculture and Commerce Building in 1940. It is designed in neoclassical style by Filipino Architect Antonio Toledo in the late 1930, having the same dimension and floor plan as its twin building located at the northern side of the circle, the Finance Building. Both buildings were destroyed in the Battle of Manila during World War II. It was updated by the design of from Dominic Galicia Architects and interior designer Tina Periquet. Galicia's design involved the maintenance of the building's facade except for the addition of a glass domed supported by a double helix structure which was inspired from DNA. The dome and supporting structure was dubbed as the "Tree of Life" and will cover the courtyard of the six-storey building.