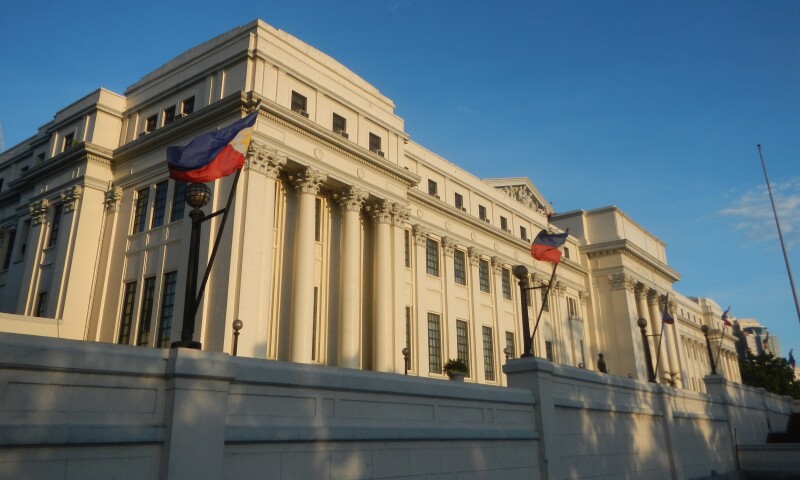 The building was originally designed as the public library by Ralph Harrington Doane, the American consulting architect of the Bureau of Public Works, and his assistant Antonio Toledo. Construction began in 1918 but was suspended several times because of lack of funds. The building was inaugurated on 16 July 1926, and by then had cost four million pesos. The building was part of Daniel Burnham's plan for the development of Manila. Upon its completion, the second, third, and fourth floors were occupied by the Senate and House of Representatives while the ground floor was occupied by the National Library.