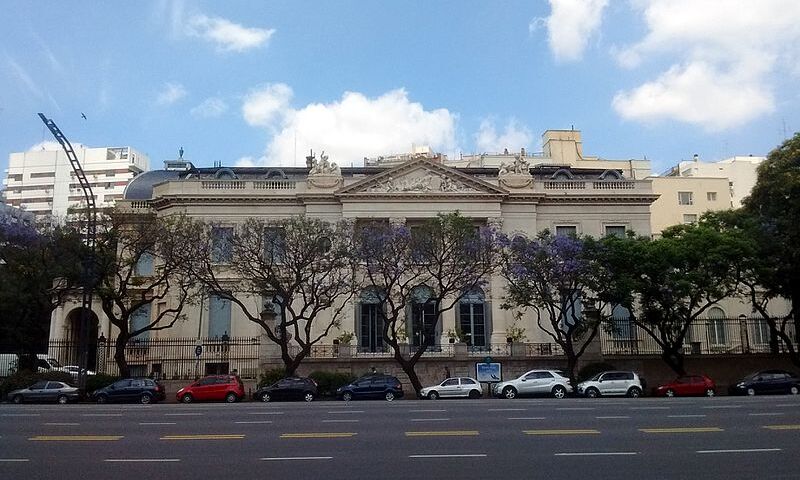 The museums origins date back to the end of the 19th century between two prominent members of Buenos Aires. When Matias Errazuriz and Josefina de Alvear married the couple designed this mansion for their future retirement. When Mrs. Errazúriz died in 1935, however, the widower bequeathed the mansion to the Argentine government, on his son's and daughter's advice. The National Museum of Decorative Arts was established in 1937.

In 1937 the Argentine state bought the residence and its collection and created the Museo Nacional de Arte Decorative. The building has four levels visible from the external façade: on the basement, the windows of the cellars. Gigantic Corinthian columns in the façade cover the two most important levels: the principal floor with round arches leading to the garden and terrace and the first floor where the family rooms were installed. On the top floor, in the attic were the rooms of the servants with the windows hidden by a balustrade.

The museum maintains twelve exhibition halls and nine permanent collections which accumulate to ov er 4,000 objects incuding paintings, sculpture, and east Asian art. Among the outstanding pieces, there is the set of European miniatures from the sixteenth to the twentieth centuries - the most important of its kind -, an oil on canvas by El Greco, tapestries from the 16th century, a sculpture by Auguste Rodin and a bronze clock that It was a wedding gift for the kings Louis XVI and Marie Antoinette. The collection is also complemented by temporary exhibits, and the museum hosts regular choral concerts as well as classes and seminars