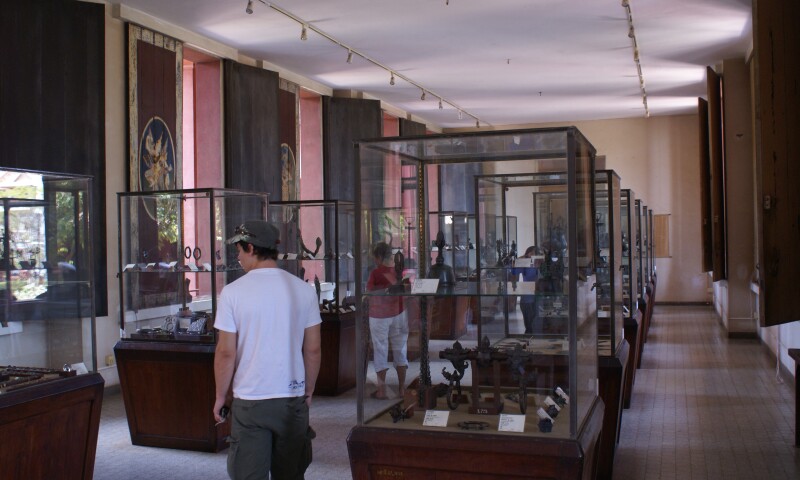 The National Museum of Cambodia, located in Phnom Penh, is home to one of the world’s largest collections of Khmer cultural material. Its encyclopedic collection includes sculpture, ceramics, and ethnographic material from prehistory through the post-Angkorian period. With its large collection of important Buddhist and Hindu sculpture, the Museum also functions as a place of worship for the local community.

The Museum traces its origins to 1920 and was then known as the Musée Albert Sarraut, after the man who was Governor General of Indochina at the time. Its architecture reflects traditional Khmer architecture re-imagined during the colonial period. The Museum was closed during the Khmer Rouge regime and, like the rest of Phnom Penh, was evacuated and abandoned. Following the liberation of Phnom Penh, the Museum was reopened, but many of its employees had lost their lives during this tragic period in Cambodian history, taking with them the expertise that had helped the Museum to flourish. Rebuilding the collections has been work-in-progress, undertaken in collaboration from with UNESCO and other international partners.