National Museum of Bosnia and Herzegovina 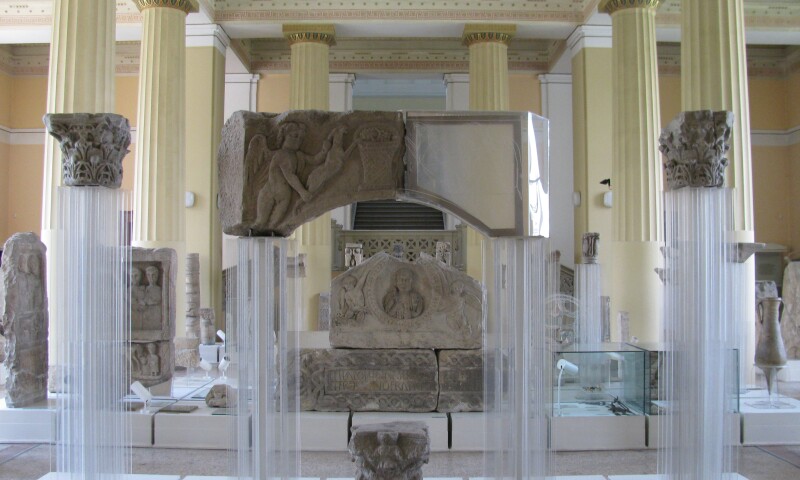 The National Museum of Bosnia and Herzegovina, located in Sarajevo, is a cultural and scientific institution that preserves materials of national historical and scientific significance. Its encyclopedic collections are divided among archaeology, ethnology, and natural history departments and a library, each housed in a separate pavilion. The pride of the Museum is the Sarajevo Haggadah, an illuminated 14th-century manuscript that is the oldest-known Sephardic Jewish document in the world. Other important treasures include an extensive collection of folk costumes, thousands of mineral samples, and a gallery of Neolithic ceramics found in the nearby Butmir neighborhood.

The Museum traces its origins to the mid-19th century, when Bosnia and Herzegovina was still a part of the Ottoman Empire known as the Eyalet of Bosnia. During Austro-Hungarian occupation, the foundations were laid for the establishment of a museum to further research and prevent the loss of important cultural artifacts to treasure hunters and smugglers. The first Museum was established in 1888 and moved to its present location, which boasts an Italian Renaissance Revival-style façade, in 1913. The Museum, which had been open continuously since its foundation, including during the Bosnian War, drew international attention when it was closed between 2012 and 2015 due to a political funding crisis.

The Museum’s main entrance and botanical garden are surrounded by stećci, medieval tombstones that mark the final resting place of Bosnian, Catholic, and Orthodox Christians.