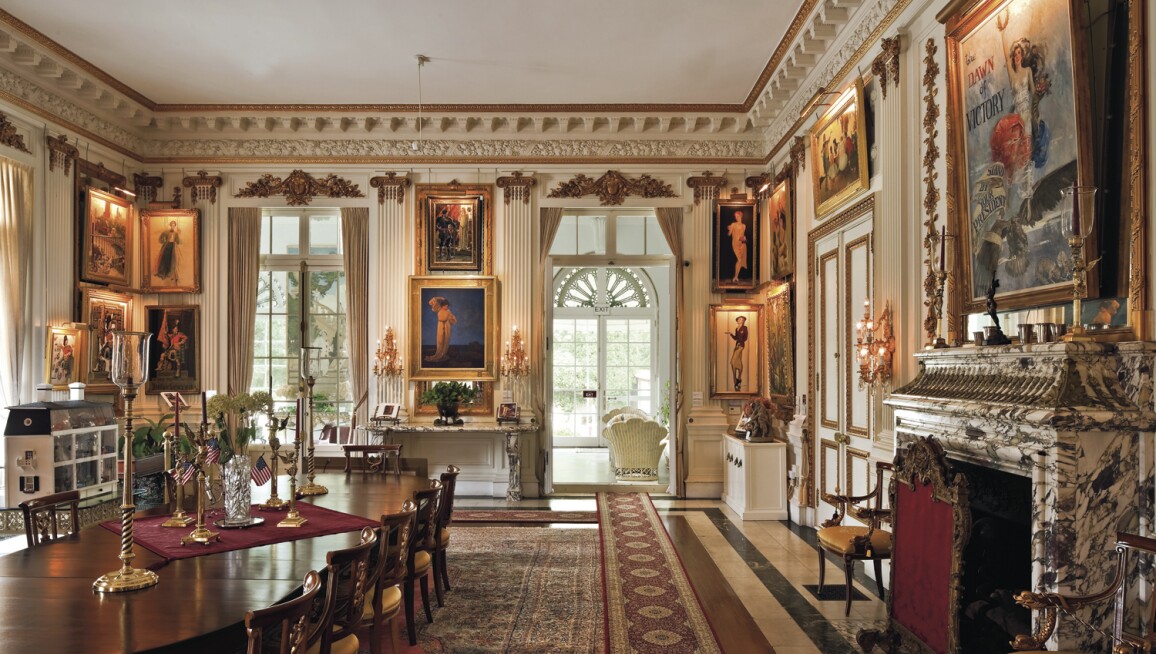 The National Museum of American Illustration (NMAI) was founded by Judy and Laurence Cutler in 1998 at Vernon Court, an 1898 Gilded Age mansion designed by Carrére & Hastings, who were the architects for The Flagler Museum, The Frick Collection, Neue Galerie, and the U.S. Senate and House of Representatives buildings. NMAI opened on July 4th, 2000, as an independent, nonprofit, educational organization whose mission is to enlighten a global public to American illustraion art – and it’s the first national museum devoted exclusively to such. NMAI’s remarkable American Imagist Collection comprises one of the largest Norman Rockwell, Maxfield Parrish and J.C. Leyendecker collections, with milestone artworks by Charles Dana Gibson, Howard Pyle, Jessie Willcox Smith, N. C. Wyeth, and more than 150 luminary Golden Age illustrators. J. Carter Brown, the late Director Emeritus of the National Gallery of Art, wrote after visiting, “...I was bowled over by your collection...it is unique in my experience...the mansion has to be the very most beautiful in Newport...its state of conservation should be a role model for everyone...” Vernon Court sits on Bellevue Avenue, known as 'America’s most elegant street'. In 1904, it was listed as one of the ten most beautiful mansions in the U.S.A.; its Renaissance Revival gardens were modeled after the Pond Garden at Hampton Court Palace, created by King Henry VIII for Anne Boleyn. NMAI’s adjacent Frederick Law Olmsted Park was designed by the master himself in 1884. (America’s first landscape architect also designed the White House grounds and New York City’s Central Park, amongst many other noteworthy landscapes.) NMAI provides the best venue for appreciating perhaps the greatest collection of American illustration art, which is often referred to as 'the most American of American art'.