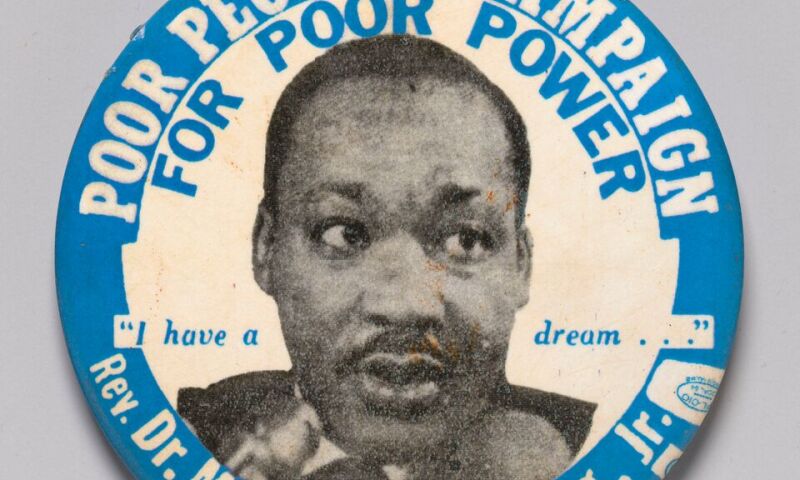 Pinback button for the Poor People's Campaign, ca. 1968, ink on paper on metal.

As the United States emerged in the 1960s as a global model of wealth and democracy, an estimated 35 million Americans lived in poverty.

From the elderly and underemployed to children and persons with disabilities, poverty affected people of every race, age, and region. Although President Lyndon B. Johnson had declared a “war on poverty” in 1964, social inequalities and unequal access to opportunities left many Americans struggling.

(Photo courtesy of Collection of the Smithsonian National Museum of African American History and Culture, Gift of Linda and Artis Cason.)