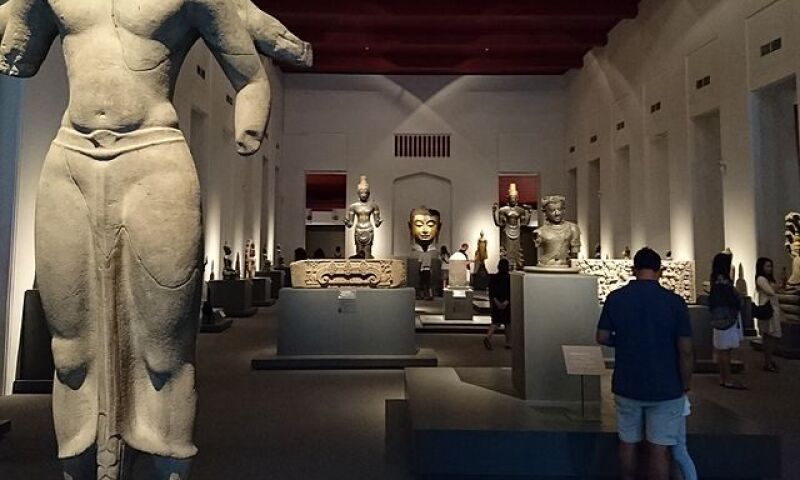 The National Museum of Bangkok, the largest in Southeast Asia, was Thailand’s first public museum. Its collection highlights Thai archaeology, ethnology, culture, history, and art history. The origins of the Museum date to 1874, when King Rama V opened a private collection assembled by his father, Rama IV, to the public. In addition to showcasing the country’s national treasures, including weaponry, costumes, musical instruments, royal transportation, and decorative objects, the museum boasts a formidable collection of regional Buddhist art from around Asia.

The National Museum is anchored by three permanent exhibitions: the Thai History Gallery, the Archaeological and Art History Collection, and the Decorative Arts and Ethnological Collection. The Museum occupies the palace complex originally built for viceroy Wang Na in the late eighteenth century, and a number of its buildings are works of art in their own right. The core of the Museum is undoubtedly the Buddhaisawan Temple, built in 1787 to house the Phra Buddha Sihing image and which features elaborate murals that depict scenes from the life of the Buddha. The Red House, a teak structure that was once the private residence of Rama I’s sister, Sri Suriyen, is filled with period royal furnishings.

The museum offers free guided tours in English, French, German, and Japanese on Wednesdays and Thursdays.