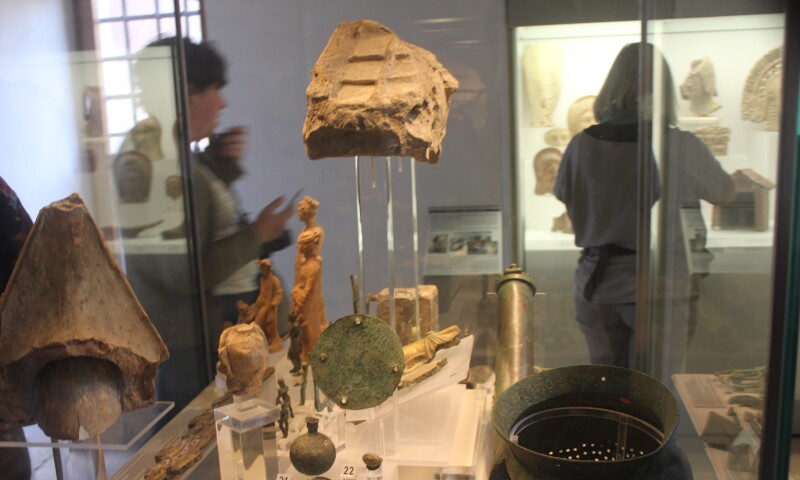 The National Etruscan Museum in Rome displays the art and artifacts of the Etruscan civilization, which flourished in Tuscany, Umbria, and the area around Rome between the 8th and 3rd centuries BCE. While Etruria is the museum’s focus, it has smaller collections that recount the history of other pre-Roman civilizations.

The Etruscan Museum’s collections include pottery, jewellery, bronzes, tools, weapons, and funeral urns. Highlights include the so-called Sarcophagus of the Spouses, a late 6th-century terra cotta funerary monument that depicts a couple enjoying a banquet in the afterlife; the Pyrgi Tablets, Etruscan and Phoenician gold-leaf inscriptions, and a large painted statue of Apollo known as the Apollo of Veii that dates from the 6th century BCE.

The Museum is housed in the Renaissance-era Villa Guilia, a palace originally built for Pope Julius III between 1550 and 1555.