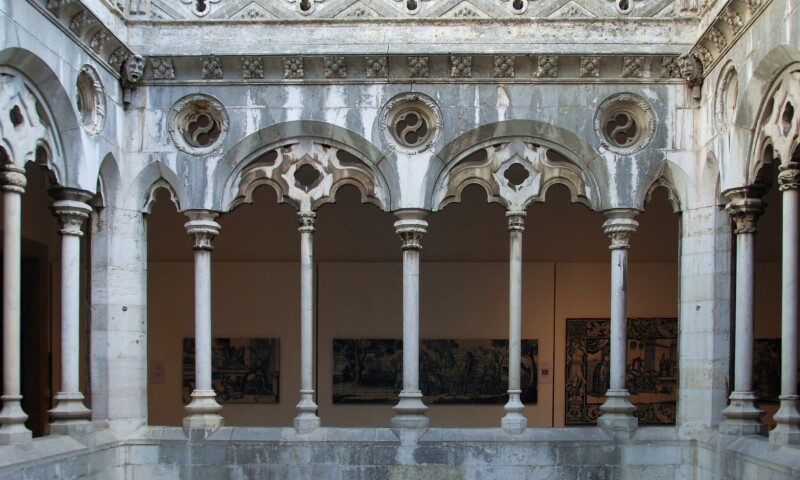 The National Azulejo Museum, or the National Tile Museum, showcases the progression and development of the art of Portuguese tile making. It was established in 1965 and became a National Museum in 1980. It is located in the former Convent of Madre Deus, founded by Queen D. Leonor in 1509. The building itself is decorated with tile throughout, and the collection displayed inside includes decorative ceramic tiles from the second half of the 15th century to today. The museum’s exhibits include other types of Portuguese ceramic works, including porcelain and faience from the 19th and 20th century. Tools used and an explanation of techniques that were used to create tiles round out the permanent collection. It also presents temporary exhibitions focusing on the history and artistry of tile production.