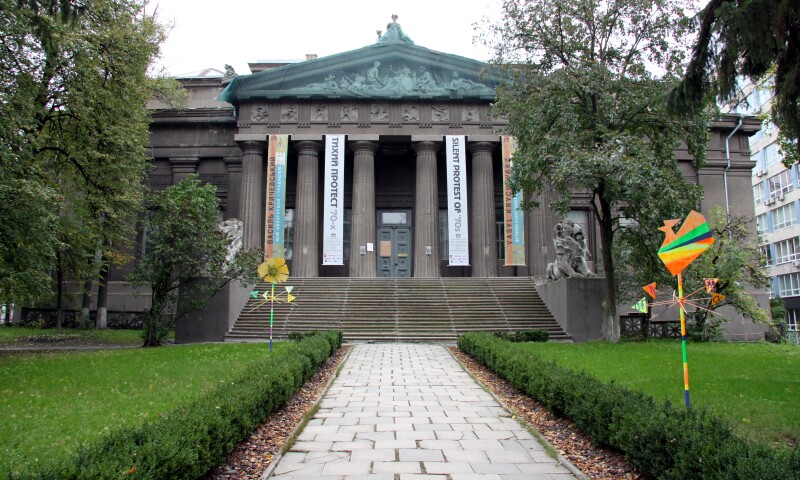 The National Art Museum of Ukraine is dedicated to the exhibition of Ukrainian art and is located in Kiev. When it was founded there was not yet a concept of Ukrainian fine art, but it founders set out to legitimize the work of Ukrainian artists. It is housed in a Neoclassical building that was built in 1898 by architect Vladislav Gorodetsky. Its collection ranges from medieval icons to Cossack artifacts and 20th century art. It is particularly known for its avant garde paintings from the early 20th century. In the permanent collection are works by artists Taras Shevchenko, Ilya Yefimovich Repin, Vladimir Borovikovsky, Vasily Andreevich Tropinin, Mykola Pimonenko, Mikhail Vrubel, Nikolai Ge, Serhiy Svetoslavsky, and Oleksandr Murashko, among many others. After Ukrainian independence it reached the status of a major international art museum, and it has sent works to countries such as Canada, The Netherlands and Croatia on loan.