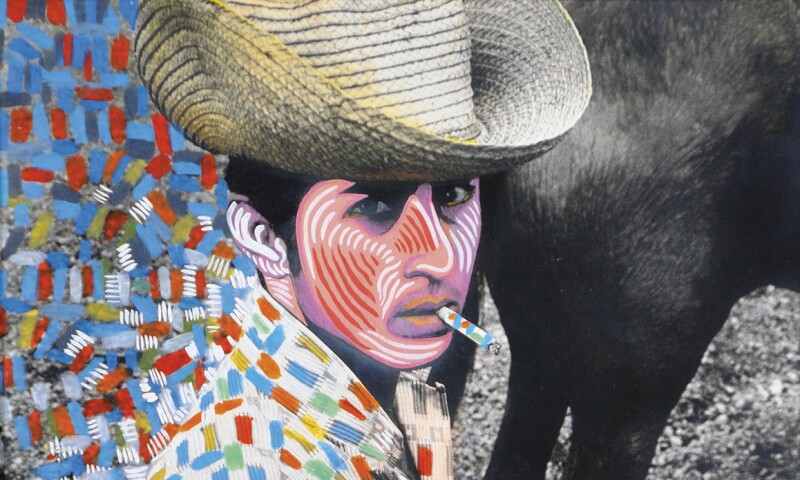 Despite the wide appeal of Pop art’s engaging imagery, the broader public remains unaware of the participation and significant contribution of Latin American and Latino artists working at the same time and alongside their U.S. and European counterparts. The Nasher Museum presents Pop América, 1965-1975, the first exhibition with a hemispheric vision of Pop. The exhibition will make a timely and critical contribution to a more complete understanding of this artistic period.

The artists in the exhibition create a vital dialogue that crosses national borders, and include Judith Baca, Luis Cruz Azaceta, Jorge de la Vega, Andy Warhol and Roy Lichtenstein, among others. United by the common use of Pop’s rich visual strategies, the artists made bold contributions to conceptualism, performance and new media art, as well as social protest, justice movements and debates about freedom.

Pop América will open in October 2018 in San Antonio, Texas, at the McNay Art Museum, which is partnering with the Nasher Museum to stage the exhibition. It will be on view at the Nasher Museum between February and July 2019 before traveling to the Block Museum at Northwestern University in Evanston, Illinois, between September 2019 and January 2020.

Opening in fall 2018, the 50th anniversary of 1968 and a landmark year of social unrest, this exhibition will illustrate a time of great sociopolitical change. Across the Americas, artists involved in student, labor and ethnic movements used Pop to resist dictatorships in Brazil and Argentina, to picture the utopia of the Cuban Revolution, to criticize aggressive state modernization and violence in Mexico and Colombia, and to battle for civil rights in the United States.

Pop América was organized at the Nasher Museum by guest curator Esther Gabara, E. Blake Byrne Associate Professor of Romance Studies at Duke. The exhibition is the inaugural recipient of the Sotheby's Prize.