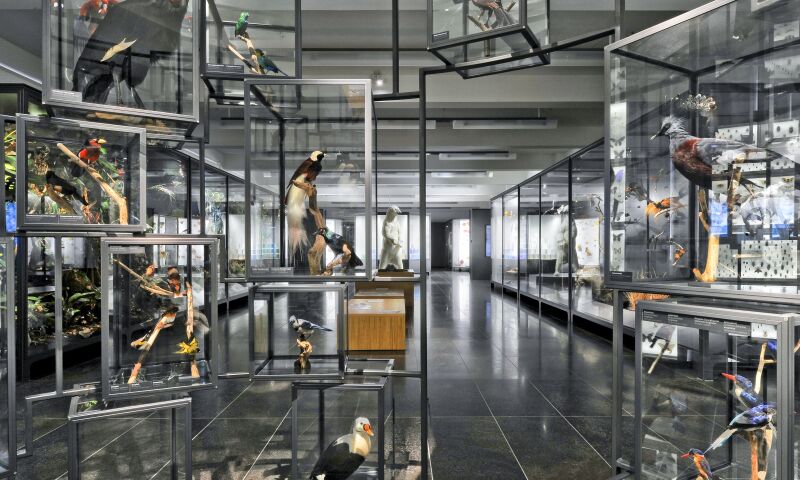 The Museum Wiesbaden is an art and natural history museum in the Hessian capital of Wiesbaden. While the Museum Wiesbaden’s art collection encompasses works from the 12th century to the present, organized into Old Masters, Classical Modernism, and Modern and Contemporary Art Collections, the core of its collection are installations, objects, sculptures and paintings from the second half of the 20th century, particularly Constructivist and Expressionist works. It boasts Europe’s most important collection of works by Russian painter Alexej von Jawlensky, who resided in Wiesbaden during the last twenty years of his life. The Museum’s natural history collections span mineralogy, paleontology, zoology, and botany.

The Museum Wiesbaden traces its origins to the 18th century and to the private collector Johann Isaac Freiherr von Gerning, who donated his collections of art, antiquities, and natural history specimens to the Duchy of Nassau. The collection was displayed to the public in the crown prince’s palace and eventually gave birth to three museum institutions. In 1900, ownership of the three museums was transferred to the city of Wiesbaden and the collections continued to grow. During Nazi rule, the Museum’s Expressionist and Constructivist art collections were placed in storage in Potsdam and the museum acquired over 200 pieces, a number of which have since been traced to their rightful Jewish owners. Following World War II, Museum Wiesbaden was designated the Central Collecting Point for works of art that had been confiscated by the Nazis, including the bust of Nefertiti and Rembrandt’s Man with the Golden Helmet. In the 1950s and 1960s, the Museum began to rebuild its collections.